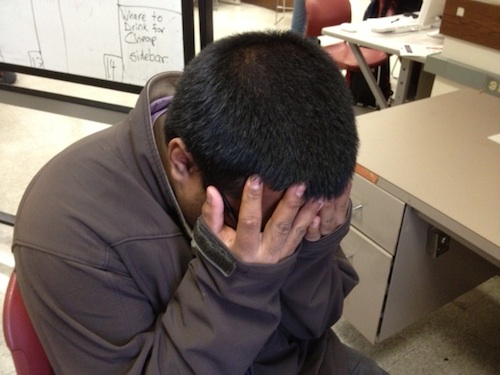 Why are so many students ending their lives? By Jennifer De Leon

Raquel Rodriguez, 22, a junior at CCNY, was only 16 years old when her older brother, Rafael, overdosed on prescription painkillers. “He was only 20 years old,” she explains. “It was so unexpected; nothing in the world could have prepared me for that.”

According to a recent study in the American Journal of Public Health, suicide is now the leading cause of death by injury in the United States. Among college students, it is the second leading cause, as reported by the American Foundation of Suicide Prevention.

From Rutgers student Tyler Clementi’s suicide in 2010 and most recently Martha Corey-Ochoa, a freshman at Columbia who killed herself in late August of this year, suicide is continually growing within the college community.

Min Chen, a counselor from the Student Health Services, explains the key contributors to suicide. “Depression, substance abuse, anxiety and major life stressors presented make things more difficult for people, it puts them over the edge,” she says.

Chen suggests that many people leave hints before they commit suicide. “They would usually say that they wish they weren’t alive, detach themselves from friends and family, and even give away prized possessions,” she says. “All in hope that someone will stop them.”

Rodriguez remembers her brother’s changing behavior weeks before his death. “He became a recluse, he didn’t want to speak to anyone,” she explains. “I only wish I knew what the signs were so that I could have stopped it somehow.”

Suicide is preventable. “If you see a friend or relative act differently, do not hesitate to ask if something is wrong,” Chen says. “You’ll never know how much showing some concern helps.”