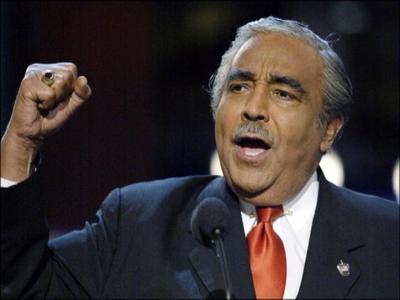 After over 40 years in office, Charles Rangel does not need any luck when it comes to winning over his voters.

With Rangel’s 22nd win into the House of Representatives last month, he is the third-longest serving member, in office since 1971.

Rangel’s been good for CCNY–we can thank him for our Charles Rangel Center for Public Service. But for some students, his win signifies the lack of change in Harlem. Anthony Harris, 25, feels that it’s time for someone new. “The neighborhood is changing,” he says. “He’s been there forever; we need another person and see what they can do and to try something different.”

Herb Boyd, journalist, author, and a professor at CCNY, argues that 82-year-old Rangel has done his part, and is an essential asset to Harlem. “When it comes to housing, commerce, transportation, taxes, the draft, he has consistently been a progressive voice,” he says.  “That outlook will continue right into his final days of service to Harlem and other sectors of his district.”

Adds Boyd: “He’s by no means done or outlived his usefulness. Certainly he’s had a few setbacks and stumbles, as well as health issues, but he’s very resilient. The ‘Lion of Lenox Avenue’ as we call him still has a roar and plenty of bite.”

Will Rangel run for re-election in 2014? Probably not, says Boyd.  “I believe that he will begin making this move of his successor within months of the next election,” Boyd says. “But who knows.”