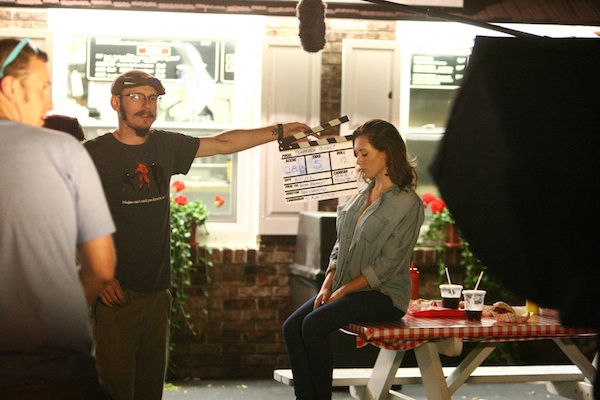 CCNY’s film and video program has a number of students who dream of Hollywood. Ray Guarnieri is on his way.

Guarnieri, a third-year transfer student in our film program, has started Better StirFry Productions, his own production company that he runs with three other partners. He recently finished Buffalo Boys, a full-length feature film he directed, co-wrote and produced. He says he was inspired by a true story about a 15-year-old boy and his friend who become involved in the plot to murder a 67-year-old woman to collect on her life insurance policy. The characters, according to Guarnieri, “were taken from real people that I knew in my life.”

Guarnieri did extensive research and spoke with the families of the boys involved in the plot. He made the film to give back to the community of Buffalo where he grew up. “Buffalo is called the biggest, little town,” he says. “Everyone there knows each other. This story affected the community a lot so I think I wanted to do this for them.”

To finance the movie, Better StirFry Productions campaigned for donations, raising $30,000–which surpassed their expectations by 400%.  With that budget, they accomplished the lowest budget film to ever be approved for a New York State tax incentive and  received 30% of their spent budget back.

Even though Guarnieri is ahead of the game when it comes to student films, he believes the program at CCNY is a great place to be. “You can present your work in a safe, honest environment,” he says.

Buffalo Boys is still in post production, but is sure to create a large amount of buzz upon its release.