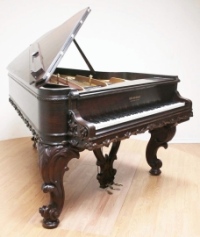 On Tuesday, CCNY will be holding a stress management group session.

Drop by to learn coping strategies for when the world lays too much on your shoulders. The group is free and open to all CCNY students without appointment. It runs from 5-6 p.m. in the Robert E. Marshak Science Building Room J-15.

Come out and cheer for the Beavers (or the other side-we really don’t care). The game starts at 9 a.m. in the Nat Holman Gymnasium in the Robert E. Marshak Science Building.

Harlem Man Arrested For Killing Girlfriend
In an update from a story we previously reported on, a Harlem man was arrested last Wednesday for allegedly stabbing his girlfriend to death and stuffing her body inside a 55-gallon drum.
Authorities have charged 24-year-old Bismark Lithgow with killing Francis Angelica Alfonso Pellerano in the apartment they shared with his grandmother.
Lithgow’s grandmother made the initial discovery, after having dropped off Lithgow at St Luke’s Roosevelt because he was acting up (Lithgow is bi-polar).
Pellerano had just moved in with Lithgow from her native Dominican Republic. One neighbor offered his reaction to the deaf Lithgow’s arrest.
“He couldn’t speak or hear, but he was very intelligent,” said the building’s super, who chose anonymity. “We never had any problems out of him.”

A Cocked Hat Coming To Harlem

A legendary instrument is making its way to Harlem. The”Cocked Hat’ grand piano is currently undergoing restoration for a move to E.127th Street. Built in Boston in 1862, “Cocked Hat” is valued at over $100,000. And this isn’t the first time she’s come to the neighborhood.

In 1971, San Francisco ballet performer Ron Hansford  purchased the piano for his mother at an antique shop. He soon decided to move the piano to Harlem after her health worsened. However, it needed repairs, so Hansford shipped it to the Antique Piano Shop in Tennessee. There, shop workers fitted it with 500 wooden replacement pieces.

“It’s a dream come true right here in Harlem,” Hansford remarked about returning the piano to Harlem (he still owns it). “Think of it, we’ll be able to hear the music of the great romantic composers exactly as it sounded to them 150 years ago!” For more information, visit the New York Daily News website.

​Sullivan Walker Honored
Renowned playwright Sullivan Walker may have passed away a year ago, but his wife is working to preserve his greatest works.
“He has a number of stories, like ‘Caribbean Woman,’ that have to be readied for distribution,” Carol Walker, wife of the legendary writer, said. She also noted Walker’s other plays, including “The Journey,” “Boy Days” and “Mother and Daughter”; and revealed that he had an unfinished play and a children’s book that will also be released to the public.
The Trinidad-born Walker died suddenly last February in California. He was largely known for roles in movies including “Crocodile Dundee,” Get Rich Or Die Tryin’,” and “The Firm.” But he also used his writing skills to craft plays celebrating Caribbean life and culture.
Reflecting on his passing, Carol noted, “For anyone who’s lost someone, the emptiness and the sorry is intense. But love crosses time and space. You always feel as if the person is there. Their love is there.” Read more about Walker here.
​