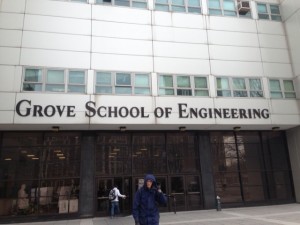 As graduation gets nearer, the one thing on everyone’s mind is which major will secure a well-paying job after college. This is especially true for those who must take out student loans in order to pay for tuition and face future debt.

A recent article posted on aol.com confirms what studies have shown: Technical majors such as engineering are more likely to attract jobs that pay well compared to liberal arts majors.

“A bachelor’s degree in a technical major compared to one in liberal arts may result in as much as $1.6 million more in earnings during a lifetime,” notes the article, based on data from the National Association of Colleges and Employers. The top majors, below, boast starting salaries ranging from $56,100 to $70,400:

This article and others note that too few college students major in the areas where employers are desperately hiring.

Some students are less interested in supply, demand and salary. They have decided to enroll in engineering for other reasons. Chris Santana, a junior at CCNY studying civil engineering, decided to pursue it because his parents inspired him. When asked how difficult the course was, Santana stated, “it was very hard, but worth it in the end.”

Randy Samoura, another CCNY student who is studying for his PHD in mechanical engineering, agreed that his major was challenging, but worth it. “I have always wanted to do something in mathematics,” he says. “I also want to make a tangible contribute to society.”