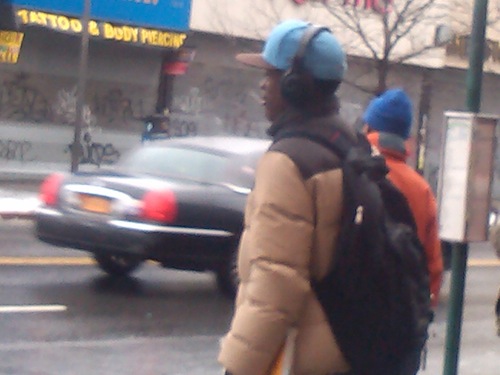 Probably not if your music is too loud. But Mayor Bloomberg has a solution by Shantia Dobson

Mayor Bloomberg has once again found a way to create hysteria amongst New Yorkers. He has proposed a new ban on the volume of headphones, and will begin efforts to promote a social media awareness campaign. The campaign’s initial target audience will be teens, and it will be implemented as a way to combat the rising increase in hearing loss. The campaign is estimated to cost $250,000, and so far The Health Department Fundraising Arm called, The Fund For Public Health, has raised $70,000. With signs of funding many New Yorkers may not have any control on whether or not the ban is passed.

“I haven’t heard about the ban,” says Emily Huang,18, freshman at CCNY. She adds, “His intent is well, but its not endangering the community so its not that big of a law to pass. Music is normal. Everyone does it, and its entertainment for your long train ride.”

This new bill is not the first that has been passed by the major since he has held office. Others include, his ban on large sugary beverages and prohibition of cigarette smoking in parks, clubs and some restaurants. The general public believe this ban, like his others, are the Mayor’s way of “playing nanny.” As a response to this, he has been quoted of saying that he would like to clean up the bad habits of New Yorkers.

Felipe Canales, a freshman majoring in computer engineering says, “ I personally don’t blast my headphones, it’s dangerous! Especially if you have Dre Beats.” He shrugs then adds, “When people blast their music its none of my business.”

Many argue that Bloomberg does not have the right to dictate how loud the volume of their headphones should be, and that it should be a personal choice. An Ipod can reportedly hit 115 decibels, even though research warns that above 85 decibels encroaches on unsafe levels.

Dejanai Mcinnis, a legal studies major, says “I’m not sure how loud sound should be, but I typically go off of if I can hear what’s going on around me.” She adds, “I think the mayor’s campaign could be effective, as it would make me more knowledgeable.” For tips to prevent hearing loss visit: http://www.betterhearing.org/hearing_loss_prevention/index.cfm.