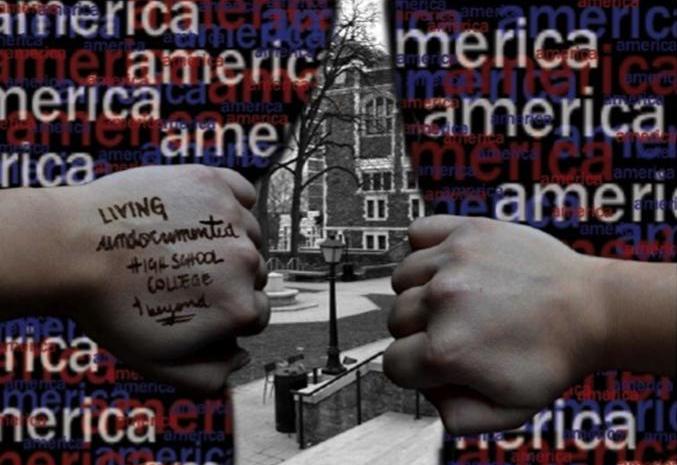 A film on the lives of six undocumented students entitled “Living Undocumented: High School, College and Beyond” premiered at a sold-out event in the Aaron Davis Hall on April 30th. In the 17-minute documentary directed by Tatyana Kleyn, an education professor at CCNY, the struggles and hardships of undocumented students come alive.

With much talk of immigration reform going on in politics and a little over thousand undocumented students attending CCNY, as stated on City Facts, this film could not have been released at a more fitting time.

Professor Kleyn, who is an immigrant herself from Latvia in the former Soviet Union, found it rewarding to be able to “show the humanity and complexity of immigration” through her work. A first-time director, Professor Kleyn took a break from fueling social change to share her experience documenting undocumented students:

What was your motivation for making this film?

We wanted to dispel the myths and misinformation about undocumented immigrants.  We also wanted to show a human face to this issue and make a film that is geared toward youth that will not only be entertaining and interesting, but educational, too–without feeling like a text book on film.

Talk about the educational value.

We also had the goal of using this film as a tool for secondary teachers and guidance counselors as well.  It is actually short enough to be shown during a lesson and has a lesson plan to accompany it.  Recently we also realized it would be powerful for parents of elementary school children to watch early on as they can start planning for their children’s future.

What was the experience of filming the six dreamers’ stories and working with them like?

This was one of my favorite parts of the film!  Three of them are students in the School of Education at City College.  They are standout students and people.  I already thought I knew them pretty well, but actually was able to learn a lot more about each of them through the filming.  But they were not just involved on the filming end. They also worked on the research, accompanying lesson plan and resource guide as well as the website. So this whole project was a team effort! 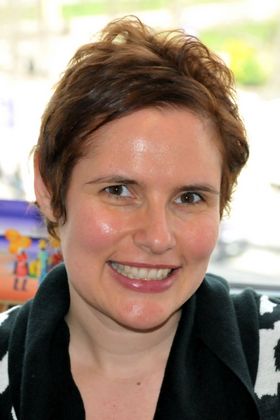 What kind of impact do you hope this film will have on other undocumented students and the way they experience higher education?

I hope they will come to see that in New York State they have options. They should not lose hope, but finish high school and strongly consider college, especially because in New York they qualify for in-state tuition.  Although they are still not eligible for state or federal financial aid, there are supports out there. Although it won’t be easy, it is possible. Also, with [deferred action] many people can now put their degrees to use in different areas that were not possible before this summer.  So there is hope!  But there is work to be done as well.

As an educator and someone who has been exposed to the many problems faced by undocumented students, what advice do you have for students who want to go to college but are too afraid?

I would say that they cannot and should not approach this alone.  They need to seek out people they can trust such a teachers, guidance counselors, family members and organizations such as the New York State Youth Leadership Council.

If they are at City, they should become a part of the CCNY DREAM Team, a student club of undocumented immigrants and their allies.  There are a plethora of resources out there, and help is available. So start asking; you may be surprised at the opportunities that exist – even as an undocumented student.