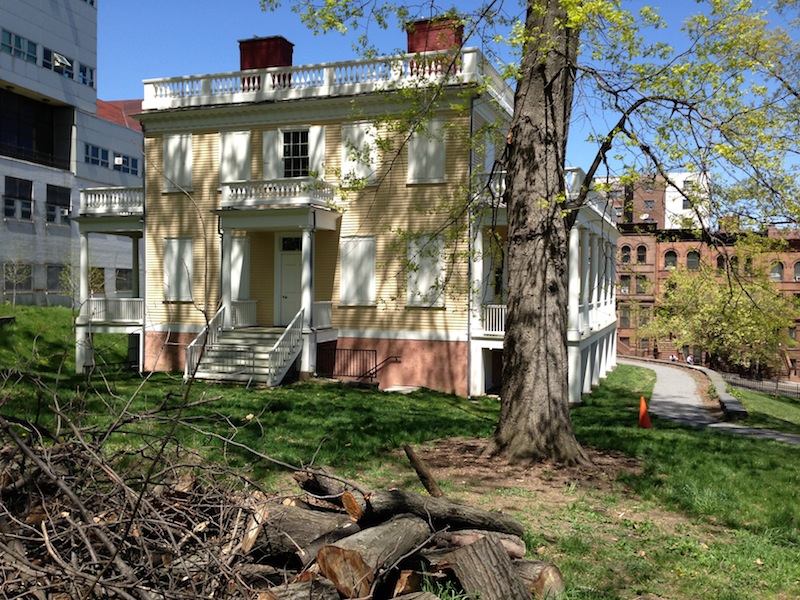 “Who lives in that house? Is it even apart of the campus? What is it doing there?” These are some of the questions heard from CCNY students about a little yellow house behind Shepard hall. The little yellow house that is next to the Grove School of Engineering is called the Hamilton Grange National Memorial.

The house was home to founding father Alexander Hamilton, from 1802 to his death in 1804. It was first moved from it’s original location in 1889, then moved again in 2008 to it’s current location in St. Nicholas Park. The house now belongs to the National Park Service and reopened to visitors in September of 2010.

Many students still don’t know Alexander Hamilton lived in the house or even who he was. Most students just wonder why the house is on campus grounds. “I thought that someone donated money to CCNY, so they decided to make a building on campus to commemorate that person, like they do with all the other the buildings on campus grounds,“ said Joel Messina, an MCA student at CCNY.

Other students didn’t know about its historical background until they personally did research. “I did not know that it was the Hamilton Grange until I researched it. I found out that there was a lot of debate because they wanted to destroy it. Then the church acquired it for a period of time until it was designated a National Historic Landmark,” said Hendry Blanco, US History Major at CCNY.

The house Alexander Hamilton once called home, the Hamilton Grange, is now open to tourists. There are two options offered to visitors who would like to tour the house. One option is where a ranger guides the tour, and the other is a self-guided tour.  There is an exhibit gallery, theater, and bookstore/ gift shop. For more information on the Hamilton Grange, and how to tour the Grange, visit nps.gov/hagr.