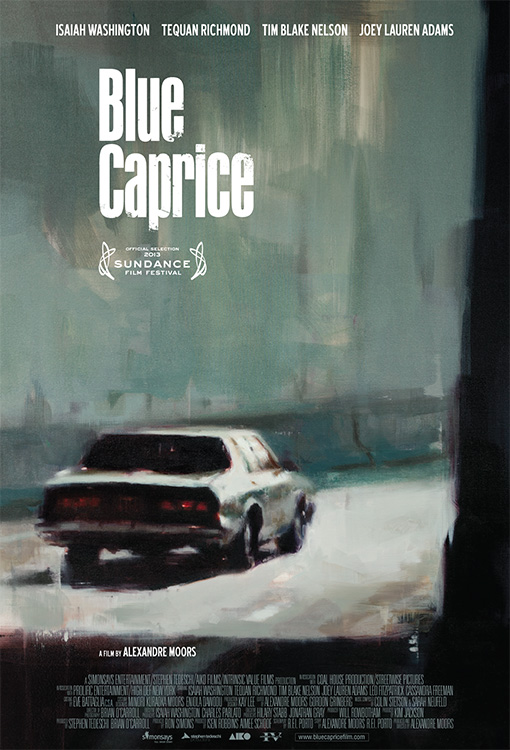 In 2002, ten people were randomly assassinated in the Washington D.C. area by a duo called the Beltway Snipers. Alexandre Moors’ Blue Caprice investigates these events.

The film opens with the lush blues and greens of tropical Antigua, but to the young protagonist Lee Malvo (Tequin Richmond) having just been abandoned by his mother, this island paradise has become a prison. Just in time Lee is saved by John, a caring neighbor played Isaiah Washington. The pair soon depart Antigua for the US, Lee as John’s adopted son.

Fast-forward a few months to Tacoma, Washington. John’s pathological personality has begun to emerge. Father and son drift from couch to couch. John’s other kids have been taken away by their mother, a restraining order officially filed. Enter firearms, and John’s maniacal attempt to transform Lee into an automaton assassin begins.

John locates his ex-wife and kids in Maryland. Out for blood, John and Lee head east in a blue 1990 Chevy Caprice, what will become the epicenter for their killing spree. When they reach the Eastern US John’s psychopathology is unleashed and Lee is forced to help avenge a fictitious, eternal grudge.

Moors shows us that Lee is undoubtedly a bright kid. He memorizes his combat manual in detail and applies the instruction with expert precision. Had he been a year older Lee may have applied these mercenary skills in the Army. We sense Lee feels remorse and does not want to become a hardened, senseless killer. In a touching scene, Lee steals, of all things, veggie burgers.