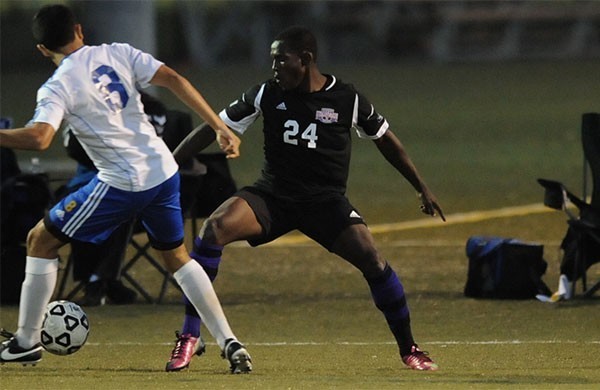 Junior midfielder Bertrand Oubida, came off the bench and scored twice to lead the Beavers to a 2-0 victory over visiting Hunter College on Saturday at Randall’s Island Field.

The game was scoreless up until the 35th minute when Oubida when a long cross from senior forward Samuel Nkama found Oubida streaking to the net for an easy score, giving the Beavers the lead. With less than two minutes left before halftime, Oubida scored again on a long kick from the goalkeeper to junior forward Matthew Mbamelu, who connected with Oubida for the finish.

That was all the support CCNY freshman goalie Maxwell Berkow would need. Berkow, the ECAC Metro Freshman of the Week last week, finished with 10 saves to pick up the shutout, his fourth on the season.

The win gives the Beavers of CCNY a record of 6-7-1 on the season with a 5-1 mark in the CUNYAC standings, while the Hawks of Hunter slip to 2-12 and 2-4 against conference opposition.

After winning five of their last six, it might be safe to say the Beavers are on a roll. They face off against Baruch College next Saturday, October 19, in a game that may potentially determine the conference regular-season champion. Game time is 9:30am.