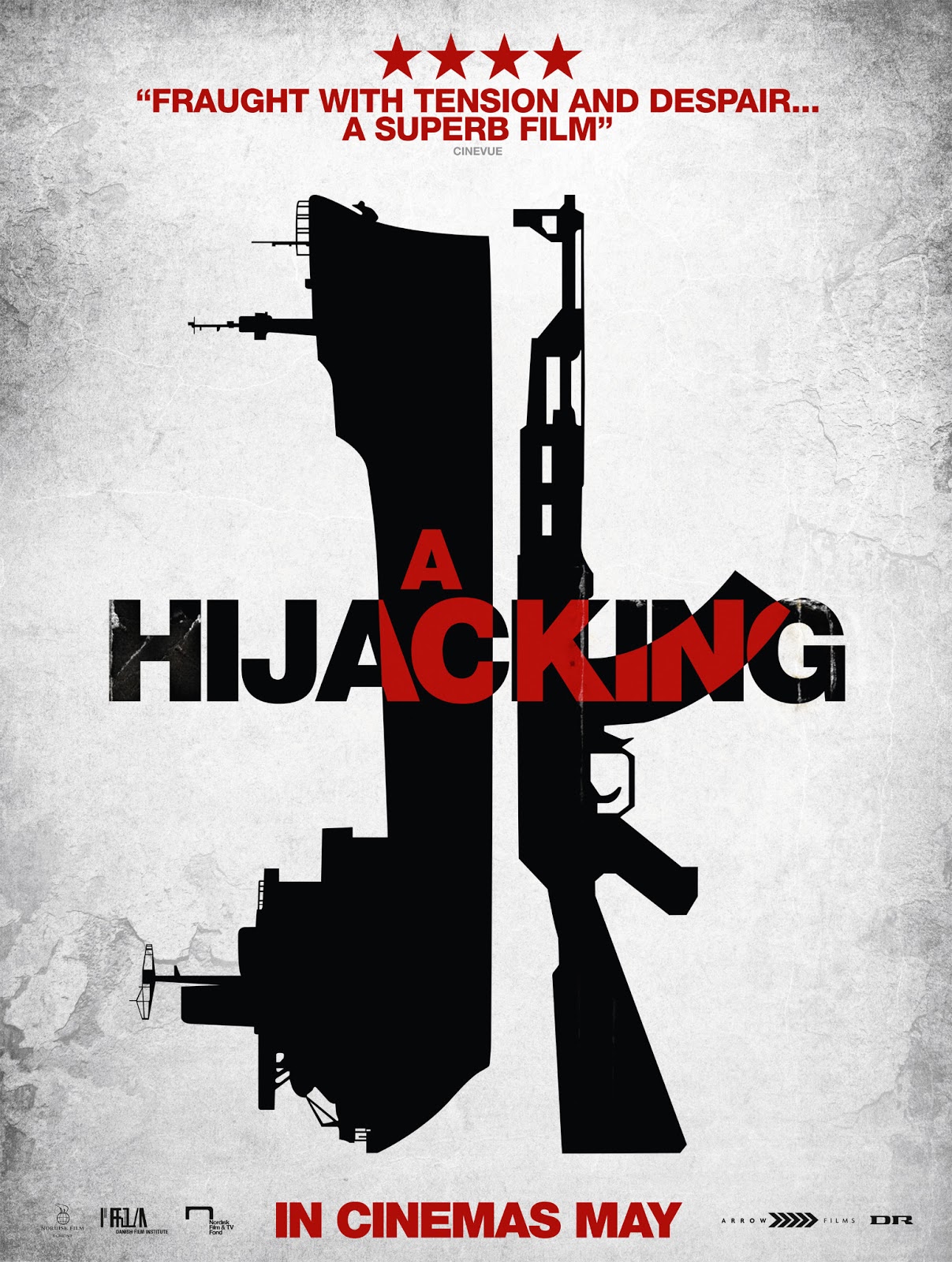 Quick, precise, and severe, the film spends little time on the mechanics of how the pirates actually board. This is not an action film. We learn that a high-speed boat has approached and boarded effortlessly, that’s it. More important to the film is what happens while the pirates are onboard.

The first thing the pirates do, even before starting negotiations for money, is demand food. The ship’s cook, played brilliantly by Danish actor Pilou Asbaek, becomes the pirate’s gopher, and an ad-hoc negotiator between the pirates and the ship’s owners.

Conditions onboard are miserable and shocking. The cook and two other crewmen are kept in a small closet for weeks, four other crewmembers below deck. They’re not allowed out to relive themselves in a toilet; they must use a corner of the room. Many who have experience onboard ships can easily note that these are conditions most sea crew members are not supposed to deal with.  Needless to say, for the staff of this ship, there was no training about how to interact with maniacs with automatic weapons.

The job of casting the actors that play the pirates is ingenious. Their interactions with the ship’s crew comes across as convincingly authentic, as though they’re not trained actors and have actually lived through the conditions outlined.

Contentious negotiations between the ship’s owners and the pirates leave questions. The hijacking ends without incident, almost, but the negotiations take months. Could the ship’s owner have done more? Given in to the pirate’s demands sooner? Gotten the crew home faster? Undoubtedly, questions need to be answered of the real hijackings that take place routinely off Somalia’s coast, where hijackings seem to be a trend that won’t go away any time soon.