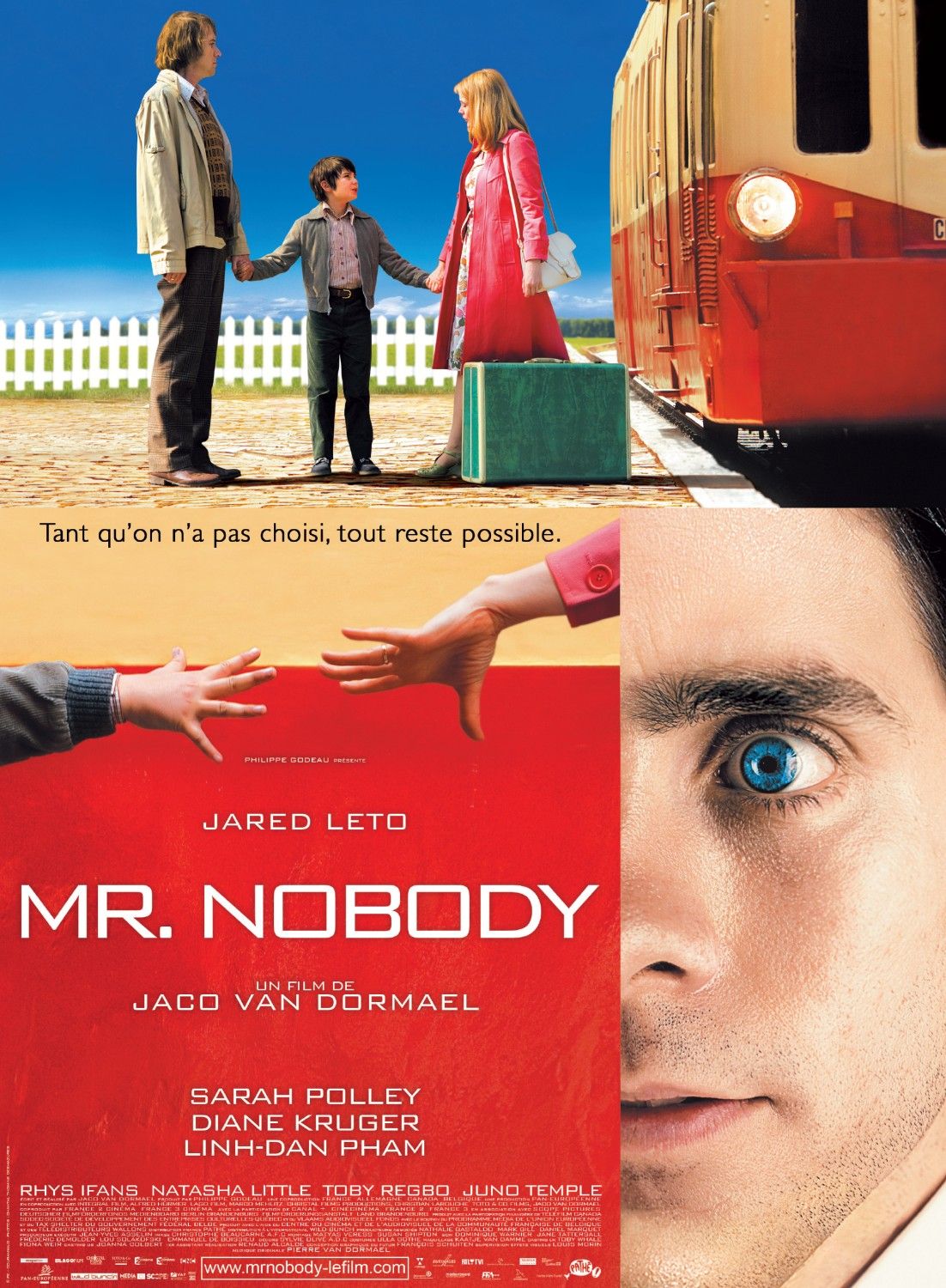 The past: not exactly an entity where contemporary perceptions tend to vary. What’s done is done, right?

Mr. Nobody, a film by Jaco Van Dormael, explores and reimagines this notion and the theory of the Arrow of Time: the idea that time moves in only one direction.

A simplistic sketch of the film’s plot: By 2092 the world has moved on to become a futuristic utopia, but a dreary one. The cityscape is spotless, sterile. Sex between humans no longer exists. Obsessive organization and celebrity talk shows reign. 118 year-old Nemo Nobody, the last living mortal, the last human remnant of the old world recounts his life to a reporter.

Nemo details his past as a series of fragments. He recounts them as if he were in fact choosing them in the way that we choose our future. It’s as if the past is being manipulated, riffed on, being made into a series of variations on a theme.

“Why does the smoke never go back into the cigarette? Why do the molecules spread away from each other? Why does a spilled drop of ink never reform?  As the laws of entropy take the universe further and further into a state of disarray what will happen when we hit maximum entropy? When total chaos bestills nothingness?” These are the kinds of questions raised throughout the film.

Mr. Nobody is not exactly hot off the reels. It’s a 2009 film that was on my must watch list. Despite so many awesome elements, its cinematic culmination was rather disappointing though. This was 100 minutes worth of great material stretched over the course of 155 minutes. When the film flashes back to the various paths of Nemo’s past, much time is spent on creating aesthetically pleasing shots. This bogs the story down. It’s as if Van Dormael couldn’t decide what was more important, story, or aesthetics, and so some of these long-winded scenes feel contrived, as if the aesthetics served no purpose other than themselves. Beautiful cinema is great on it’s own, but with a storyline as complex as Mr. Nobody’s, the aesthetics should serve to support the plot and the characters, which at times, did not happen.

Overall the film is still worth the watch.