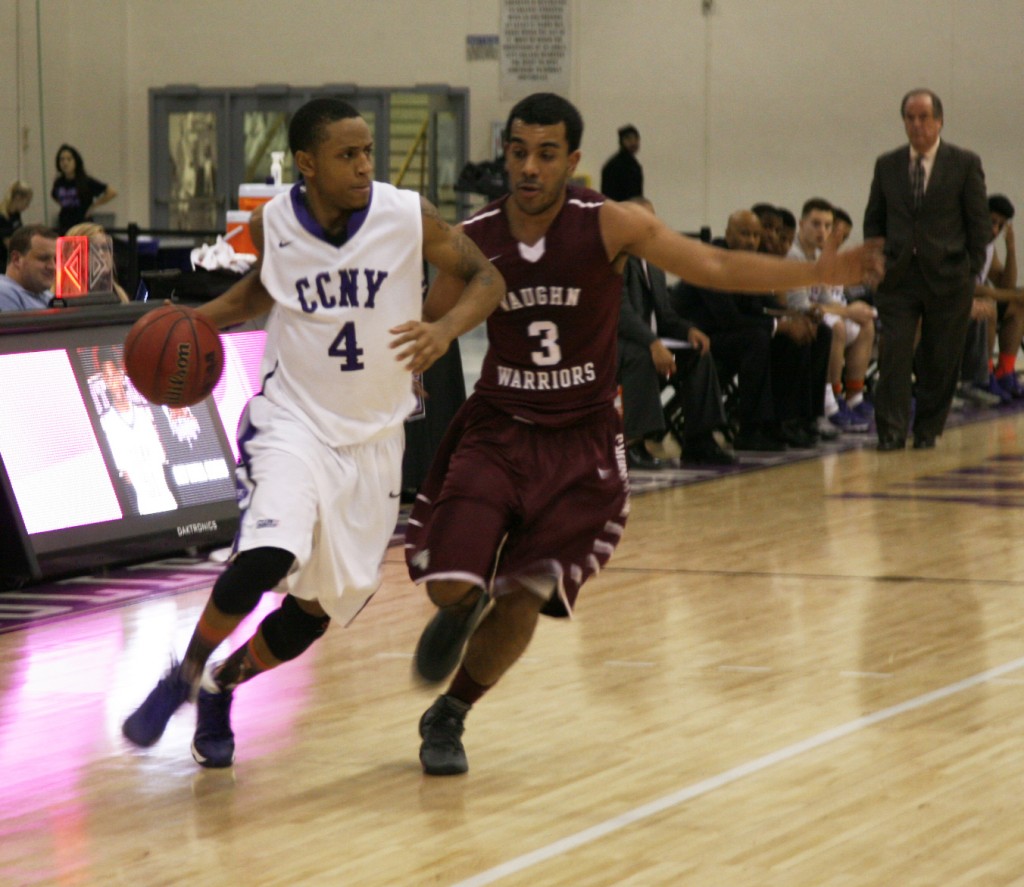 Can you imagine if CCNY choked a comfortable 11-point lead in the final eight minutes of their final regular season home game of the season?  Oh, and it was also homecoming, so the CCNY basketball alumni was in attendance.

CCNY’s 70-67 win over Vaughn College became anything but the blowout it seemed to be throughout the game’s first 32 minutes.

“We really got off to a great start in the first half,” said head coach Tom Green after the game.  “But I told them, they’re going to be a second half team.”

And then Vaughn became that second half team Green said they would be.

In three consecutive possessions with 8:45 left, the Beavers turned the ball over just after the inbounds and the Warriors cut the lead from 11 down to three in the span of just over a minute, sparked by a pair of layups by Vaughn’s Moises Chaucer.  A jumper by Jared Ndiba with 7:12 left in the game brought the Warriors within two at 58-56.

“We weren’t handling the pressure like we should,” Green mentioned about the team’s near sudden collapse.

A layup and a jumper by CCNY’s Saleh Nasser kept the Beavers afloat by four points going into the final five minutes of the game.

Nasser recorded his first double-double of the season, scoring a team-high 15 points with 11 rebounds on the night. 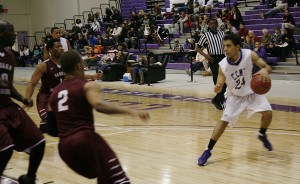 Saleh Nasser looked sharp in his second start of the season, scoring a team-high 15 points for the Beavers.
Photo by Jeff Weisinger

Manfred Cadet’s jumper with 2:58 left in the game brought the Beavers back up by eight.

The Warriors would come within one point in with 10 seconds left on Rashad Luckett’s three-pointer, giving the Warriors a chance at the last second win., but Michael Pena’s three-pointer at the buzzer fell short, letting CCNY escape with the win.

“I’m really hoping that we’re coming together,” Green said about his team winning two consecutive games for the first time all season.

Before the game, CCNY honored senior Nate Lopez, thanking him for his time with the Beavers as Friday night was his last home game in Harlem.

“It felt really good with everybody coming out,” Lopez said.  “It was cool how they did a little video for me.  It went by so fast.” 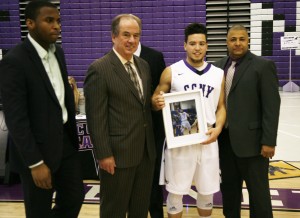 The Beavers (7-14, 3-9) still have a big hole to come out of if they hope for a shot at the playoffs coming up toward the end of the month, and that task becomes a bit more difficult considering that CCNY finishes the regular season with four straight road games in the next eight days, starting at Brooklyn College on Tuesday, The College of Staten Island Thursday, Baruch on Saturday and ending in the Bronx at Lehman next Tuesday, Feb. 18.