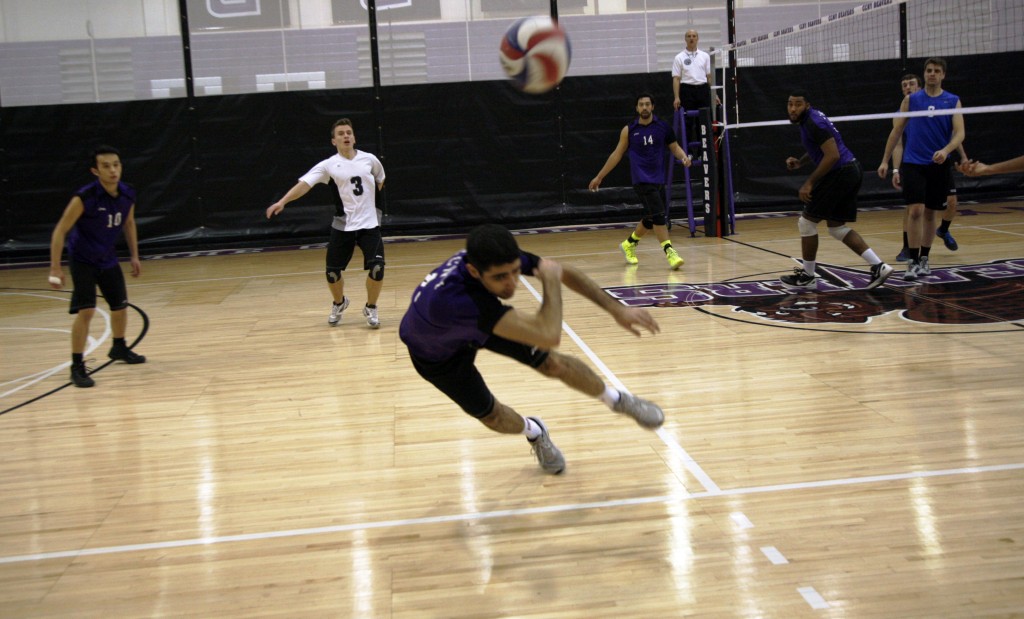 Despite a strong scond set, the Royals of EMU kept the Beavers off their feet in CCNY’s 3-1 loss Thursday night.
Photo by Jeff Weisinger

“We came out very flat,” head coach Daniel Crespo said.  “Right now were struggling with our blend of young and old.” The Beavers certainly expected a win, but the loss did not discourage them.

“We have bigger things to worry about than the post season right now.” 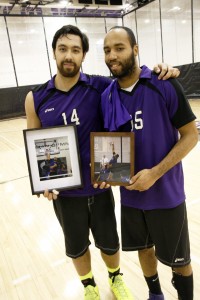 CCNY started slow out of the gate, trailing 5-0 after a series of tough volleys.  The Beavers picked up the slack after the timeout putting points on the board; the Royals came out stronger, however, and jumped to a 16-5 lead quickly. A couple errors by CCNY mixed with some intense play by EMU made the Royals lead too much to come back from. The Beavers managed to put up some points late in the set, but the Royals dominated, 25-10.

The second set began with two quick scores from the Beavers.  Jumping out to an early 5-2 lead, CCNY began to control the tempo of the set.  The Royals bounced back quickly, however, and kept the score tight, not letting CCNY gain anything more than a one point lead.  The Beavers regained their swagger later in the set and built a 19-15 lead, forcing an EMU timeout. Following the timeout, CCNY capitalized on the Royals’ errors, and after a hard fought battle, won the set 25-23.

CCNY continued the 3rd set with the same intensity and took the lead, 4-2. EMU found their rhythm quickly however and tied the score at 13. The stalemate continued all throughout the rest of the set before the Royals stepped up and took a 22-19 lead, which led to a Beavers timeout. Unfortunately, the Royals allowed no breathing room and finished the set strong, winning 25-21.

The fourth set began with back and forth action from both sides, each team showing no signs of letting up. EMU jumped out to a 13-10 lead before a beavers timeout was called.  The Beavers couldn’t put together enough scores to stop the Royals aftter a second timeout with the Royals up 22-15. EMU finished the set 25-15 to seal the win.

With only conference games on the road left on the schedule, senior Derell Williams remarked “we can put ourselves in a great position if we win these next few games.” Senior Nick Siriban compounded on the seriousness of the next few games, stating they are “big” games.

“We just need to play our game, most importantly,” Siriban added.

CCNY will look to rebound from the loss in the first of a seven-match CUNYAC road trip when they take on Brooklyn College on Saturday at John Jay at 11 a.m. as a part of the CUNYAC multi-match.