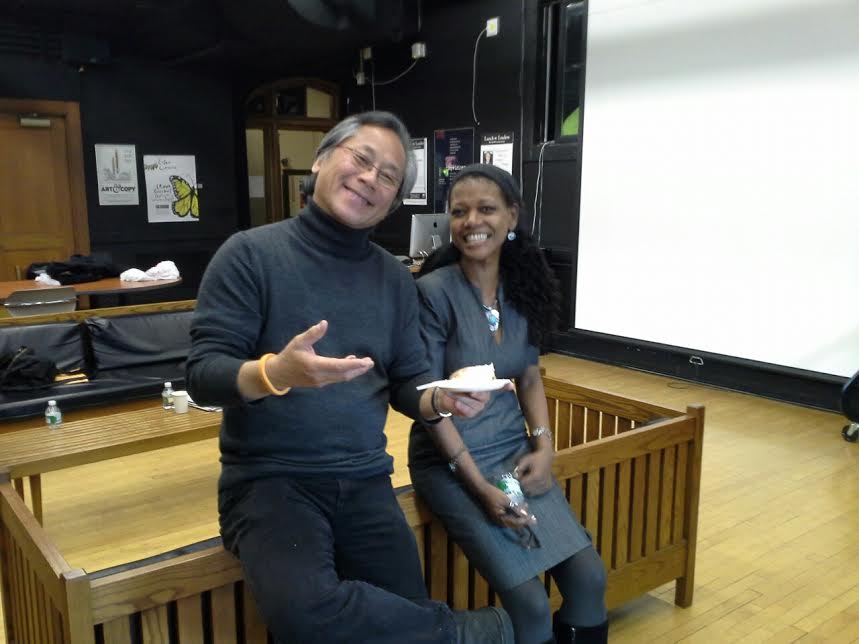 The City College family suffered a crushing loss last weekend, as director of the undergraduate film program, Herman Lew, suffered a fatal heart attack. He was 59 and left behind a wife and three children.

Lew, an MCA associate professor, was also a skilled practitioner of the craft of filmmaking. He worked on sets within lighting departments and as a cinematographer. Most recently, he served as the director of photography in the 2013 documentary Hans Richter: Everything Turns, Everything Revolves, a 60-minute feature directed by fellow MCA stalwart Dave Davidson.

Known for his gentle yet firm demeanor while on film sets, Lew was an unmistakable fixture in the MCA department on the fourth floor of Shepard Hall. His office door almost always open, he possessed the reputation as a widely respected mentor eager to provide practical resources and advice to students.

From job/internship openings to free documentary screenings, Lew relentlessly kept his ears and eyes open for ways to help his students turn their education into enriching experiences and employment opportunities. Trust me; we got plenty of emails at 4 AM throughout the years about documentary screenings and open positions. I don’t think we realized in the moment how lucky we were to have our department head care this much about us.

My own path towards the film program hit a wall, as I was rejected the first time I applied. Uncertain of my future and scared that I couldn’t get into the major that I came to college for, I asked Professor Lew if I could meet with him for advice on how to better my application the following year. To be completely honest, I wasn’t expecting much of a response or for him to pay much attention to me. After all, I was just another rejected applicant, and he had a department to run. Why would he care about me?

But he did. He remembered my application, and even recalled what problems I had with my portfolio that I needed to fix. Professor Lew provided me with straightforward, constructive criticism that I internalized for my application the following year. Guess what? I applied the next year, and got in. That 10-minute conversation I shared with him on a cloudy September day two years ago is just a microcosm of the kind of presence he had in young filmmakers’ lives. Just take a look at the Facebook page Remembering Herman Lew.  You’ll find anecdotes and stories from his coworkers, peers, and friends articulating the same point. He simply cared deeply about film as an intellectual art form and was passionately committed to passing this knowledge on to the next generation of visual artists.

Rest in power, Professor Lew. Your presence is still felt, and your impact will continue to inspire. We are lucky to have known you and learned from you.