One of the main issues with the prisonsystem is the recidivism rate. A New York based program has begun education programs in prisons, and with great success has allowed its participants to become contributing members of society. With 300 participants, only one returning to jail, and most students receiving a bachelors degree, it is safe to say that the program is showing results.

Ray Tebout, the director of counseling and mentoring at the program, explained how the College Initiative program allows former inmates to attend college by debunking some of the barriers they believe they will encounter.

Tebout understands the mix of different personalities the staff deals with and the obstacles both the student and mentor must overcome.

Some of the common obstacles Tebout sees among the younger students is the desire for instant gratification. He said the most common questions among these less experienced individuals are “why should I invest two to six years in school?” or “why not pick a trade or get a job?”

Tebout tackles these questions by providing evidence that an education will reduce the likeliness of a return back to prison. He also approaches this situation by helping the younger potential students in terms of long term goals.

Skeptical students are asked by Tebout to look at how much income they will accumulate over a lifetime rather than the short term. According to Tebout, a high school graduate can expect to earn an average of 1.2 million, someone with a bachelors can earn upwards of 2.1 million, and a masters graduate in the 2.5 million range.

These statistics gives the young students a different perspective on life and education.

Among the more seasoned individuals what is most commonly seen is the lack of knowledge when it comes to computers and technology. Many of the older students might have went to prison when the internet had not become such a big tool or when computers were not easily accessible.

Older generations of inmates face a major issue due to not being involved in a world that has rapidly become digitally influenced.

One 70- year- old student in the program, who asked to remain anonymous, has been in prison for more than 30 years. This individual had major issues with the use of computers. At the moment, he is currently finishing up his first semester, which is a huge success for someone who may have given up if not for the support that the College Initiative program has given them.

The program doesn’t only rely on its staff to support the incoming students, they rely heavily on peer mentorship. Through experience they have realized that a student is more likely to drop out of college during their first year.

This is why, after several months of working with a staff member, the students enter a peer mentorship program, where a fellow program participant with a 3.0 GPA and at least a year of college under their belt becomes a mentor to the new student. They serve as a support system for the student if they have problems with a subject matter or maybe a need to just vent about their frustrations with school.

Frustrations can include being the discrimination that they encounter because of their prison history. Tebout explained that the students within the program are scrutinized, “it is not necessarily the organization that is receiving negative feedback from the community, but the student themselves.”

Some reasons and common arguments of those opposed to an educational tactic towards the rehabilitation system often revolve around “we do not want to make smarter criminals,” according to Tebout. Tebout believes “we are not making smarter criminals, we are creating individuals with a different way of thinking.” His meaning is that when a person is exposed to education, he or she has the ability to create better options and make better decisions.

Tebout claims that if we were to look at our incarcerated in terms of employment, people can see that for many, selling drugs is the only job around. According to the Federal Bureau of Prisons Drug offenses account for 48.8% percent of all incarcerated American. Homicide, Aggravated Assault, and Kidnapping offenses account for 2.8 percent of the prison population, sex offenses for 6.5 percent, robbery 3.7 per- cent, and weapons, explosives and arson account for 15.8 percent.

What the College initiative programs aims at doing, is taking this prison population, and showing them a different method of succeeding in life that they might have not been exposed to in the past.

The program has gained awareness through word of mouth and by sending their staff members to different location to speak about the program and the issues that they are trying to resolve through education. 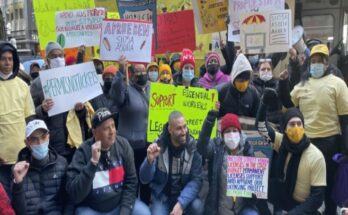