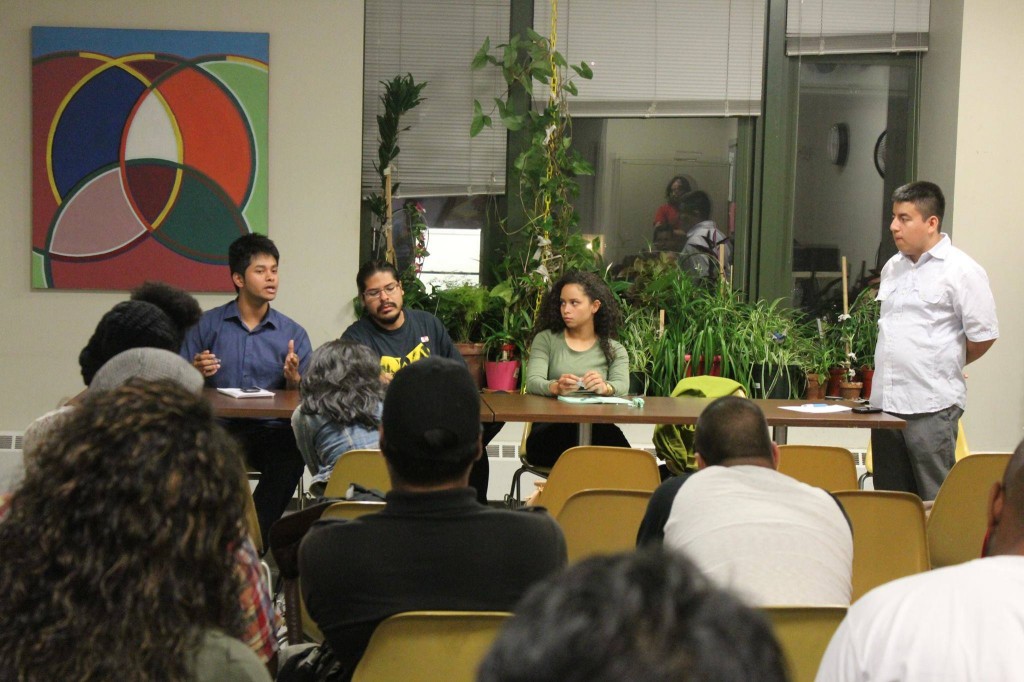 The Revolutionary Student Coordinating Committee (RSCC), held a panel discussion on Sept. 17 at the CUNY Graduate Center to discuss the growing militarization of CUNY, how to stop it, and what the RSCC is doing to encourage students to become revolutionaries.

Six students (identified as the CUNY 6)– five of whom are members of the RSCC—alleges they were and arrested by the NYPD and Public Safety on September 17, 2013 while protesting the hiring of former C.I.A director and ex-general, David Petraeus, as an adjunct professor at the Macaulay Honors College, whom they believed was teaching imperialist ideology.

The discussion began with the panelists establishing the goals of the RSCC: The RSCC’s primary goal is to turn CUNY students into revolutionaries. According to Lujan, the RSCC wants to present this goal particularly to students in the universities because they aspire to bring about a long-term social movement. Sourov stated that [the RSCC] wants to “go into the universities and bring revolutionary ideas to those places– ideas about serving people, overthrowing capitalism, destroying imperialism and taking down patriarchy.”

“A university is identified as an Ideological State Apparatus (ISA) where the ideology of the ruling class has to be reproduced,” said Sourov. “This was the primary reason why the RSCC protested against Petraeus.”

Henriquez added, “We protested against Petraeus teaching at CUNY, but not just against him as an individual; it’s the whole US military and the imperialist ideologies behind what Petraeus did when he was general of the US military. He came into CUNY after targeting oppressed nationalities and that’s why we targeted him and the Reserve Officers’ Training Corps (ROTC) coming back into the CUNY system. ROTC was kicked out of CUNY and is now trying to make its way back in.”

Gilbert Rosa, an audience member, asked the panelists, “Because a lot of activists… only function for a few days, how does the RSCC plan to connect with the people and are they going to make a permanent presence?” An anonymous member of the RSCC in the audience responded,” The way to solve that problem is by relating to the people. We’re not activists; we’re revolutionaries. Activism is once that law gets passed or once that bill gets passed, it’s over with, but with revolution; it’s a life-long commitment. We do this because it’s necessary and crucial for the society that we live in.”

“We try to look at what the world scale is, how that is affecting contradictions in our particular work in CUNY, in New York City, in the communities, etc.” said Sourov. “The agenda of the Board of Trustees is to bar the community people out of CUNY by raising tuition, while wealthier students are being wooed in with new and glorious glass buildings that are being built on campus.”

The RSCC protests injustices outside of CUNY as well. On October 22, 2014, RSCC will bring a youth contingent to participate in demonstration, the Coalition to Stop Police Brutality, Repression, and the Criminalization of a Generation. The group has been mobilizing every year on October 22 since 1996.