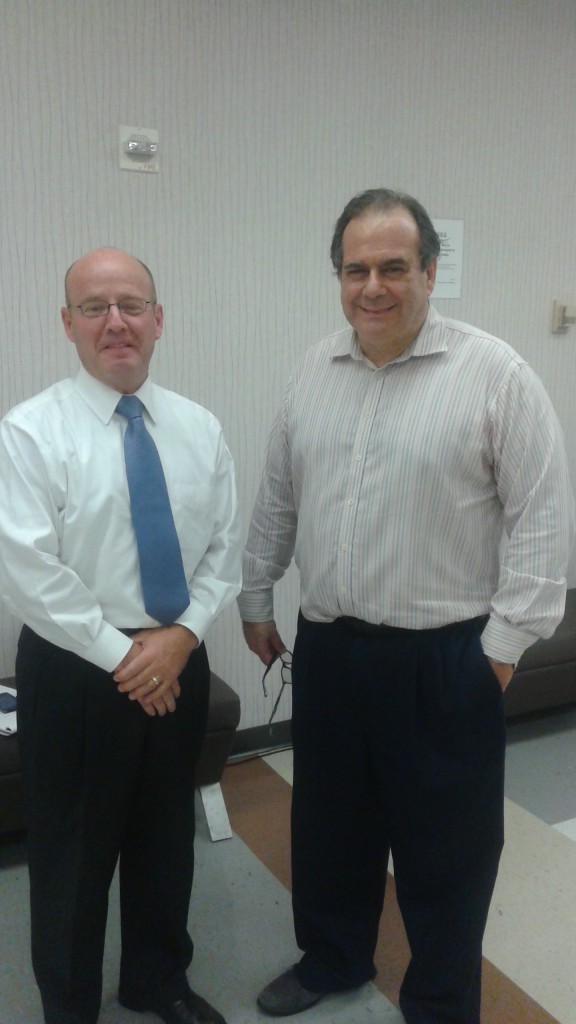 By Daniel Stein-Sayles and Jericho Tran

A presentation held last week at Brooklyn College titled “Why Unions Have Failed America,” was funded by a grant from the Charles G. Koch Foundation, according to business professor Mitchell Langbert, who hosted the event.

Mark Mix, the president of the Right to Work Legal Defense Foundation, discussed unions and the right to work law at the presentation. Over 100 people attended the event, many of whom were students from Langbert’s classes.

Though the check did not clear prior to the event, according to Langbert, the grant worth $7,900 covered the cost of using the Student Center’s Gold Room, paid for security for the event, and will help pay for a future event.

The Charles G. Koch Foundation gives money to universities and non-profit organizations, “to explore the institutions that foster societal well-being,” according to the foundation’s website.

The foundation’s namesake Charles Koch is the chairman and chief executive officer of Koch Industries, a multinational corporation and is worth $40.9 billion, according to Forbes.

Brooklyn College and the Koch Foundation have been connected in the news before. In 2014, The New York Post reported that the school turned down a $10 million grant from the foundation.

In the same article, Jason Carey, the college’s Assistant Vice President of Marketing, Communications and Public Relations, said that a business faculty member had received a grant from the foundation in 2013.

The Koch Foundation could not be reached to confirm the grant.