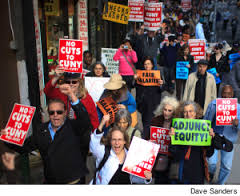 The Professional Staff Congress (PSC), the union that represents the interests of more than 25,000 faculty and staff here at The City University of New York, is building a coalition of support for a strike authorization vote to demonstrate the high level of urgency it feels CUNY’s current financial situation demands.

A strike authorization vote is not a vote for a strike, but rather a vote to give the PSC full power to call for a strike if necessary. The decision to vote on strike authorization was made after six years of unsuccessful negotiation for a contract, among a number of other issues. The PSC believes there is a lack of effort being made from the administration at CUNY to resolve a contract for its workers and secure sufficient funding for the university overall.

The resolution to hold a strike authorization vote comes on the heels of Governor Cuomo’s veto of the Maintenance of Effort bill for reinvestment in CUNY and SUNY, the exclusion of CUNY from the minimum wage increase at statewide universities, and budget cuts for the university despite the economic surplus of the city and state. 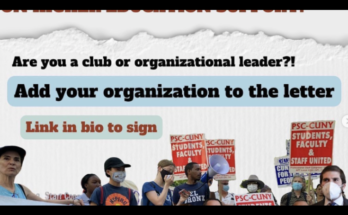