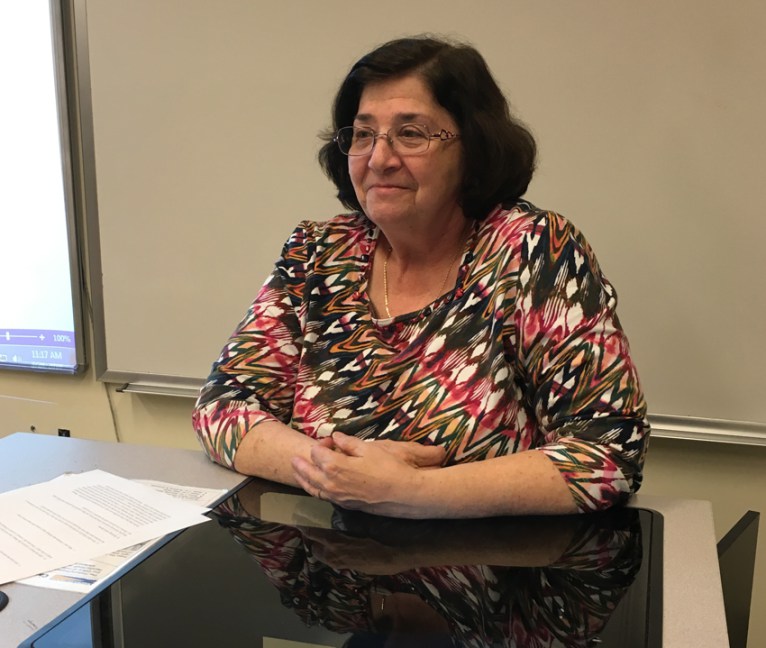 Students await the sound of a rolling briefcase to hear if English Lecturer Sylviane Baumflek is on her way. Her short salt and mostly peppered hair paired with silver-rimmed glasses that have a pop of pink on the temples add to her bubbly personality.
For someone who is so happy and ironically had the maiden Polish name ‘Zonenszajn,’ later Americanized to ‘Sunshine,’ Baumflek comes from a background that is contradictory to her persona. The events that haunted her Polish parents remained secret until Baumflek asked her mother at the age of 12 if she and her father were victims of the Holocaust.

“I was curious. I wanted to know why one person had a number [tattooed on their forearm] and another didn’t; I was told ‘well, that was done when we were young’,” said Baumflek.