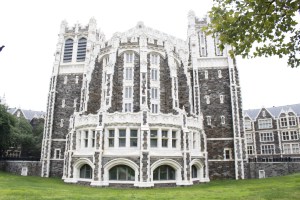 CITY COLLEGE — On September 5, President Donald Trump tweeted, “Congress, get ready to do your job – DACA!” He followed up, saying they had six months to do so.

On Wednesday, September 6, Interim President Vince Boudreau addressed the students of the City College of New York about the administration’s stance on what occurred, as well as how to move forward.