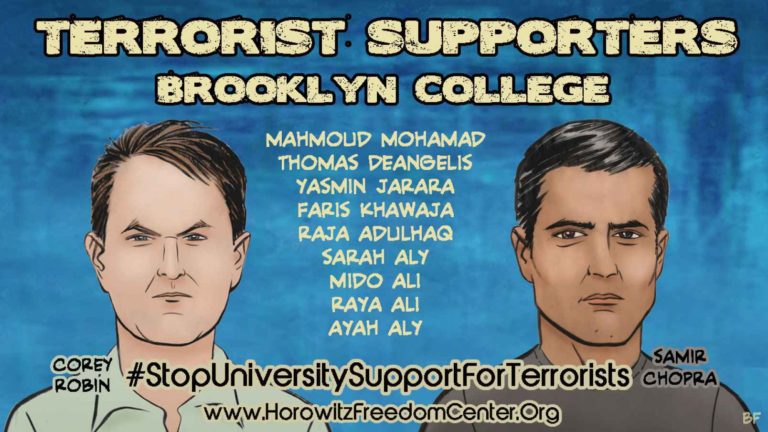 BROOKLYN COLLEGE — Posters with the headline “Terrorist Supporters” listed names of Brooklyn College faculty and student supporters of Students for Justice in Palestine (SJP), a pro-Palestine group that advocates for international economic pressure through sanctioning and boycotts on Israel, known as BDS (Boycott, Divest, and Sanctions).

The posters were part of a nationwide campaign initiated by the David Horowitz Freedom Center, a conservative think-tank labelled as a hate group by the Southern Poverty Law Center. The campaign was launched to combat a “propaganda campaign designed by Hamas.” Horowitz believes this is disseminated by SJP on American college campuses.