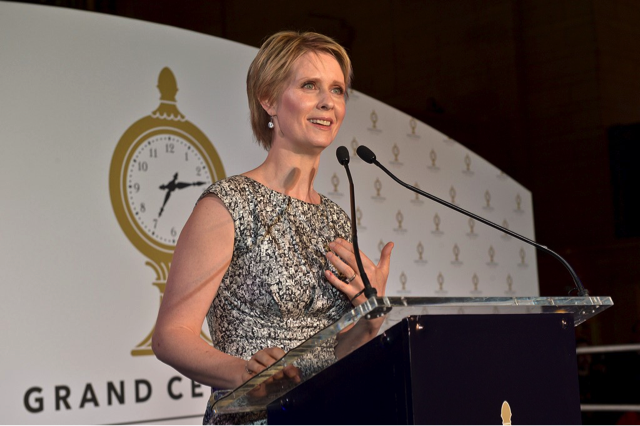 She’s Just Not That Into You, Governor

COLLEGE OF STATEN ISLAND–What was once thought to be an uncontested race for the democratic nomination in New York, is not the case anymore.

Actor and activist Cynthia Nixon is vying for the democratic nomination to be the Governor of New York, going up against Governor Cuomo.

Nixon, famous in her role as Miranda Hobbes from “Sex in the City”, is not pleased with how the government of New York treats the people of the middle class and the people who suffer in poverty, especially under Cuomo’s watch.

Nixon For Governor? Lehman Students Are On The Fence

LEHMAN COLLEGE–“The only words in my head are not again,” said Jason Nieves, 27, a Lehman business major. He explained, “it’s not because she is a female, it’s because she is a celebrity. Nixon can have all the qualifications, but it’s the celebrity part that’s going to affect the voting.”

Nieves was reacting to Cynthia Nixon’s candidacy for governor of New York, which Lehman students have met with a mix of doubt and guarded optimism. The Emmy-award-winning actress and activist best known for her portrayal of the lawyer Miranda in the HBO series “Sex and the City,” announced on March 19 that she will run against incumbent Andrew Cuomo in the upcoming Democratic primary, which will take place on Sept. 13.