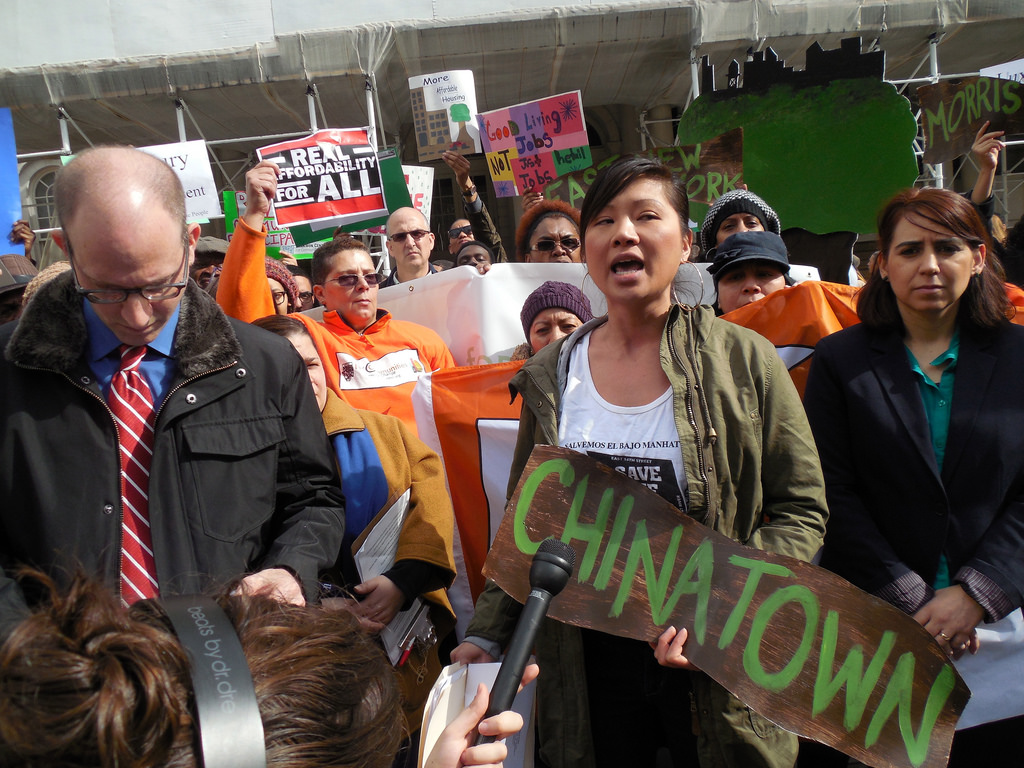 From markets in Chinatown to hair salons in East Flatbush, the changing demographic of the city caught student journalists’ attentions.

Weiling Jiang opened Chang Xin Food Market in Fresh Meadows, Queens, in 1985, a time when he didn’t have any business skills and was settling into his new surroundings, having moved to the United States from China.

“I opened Chang Xin Food Market over 30 years ago as a small local Chinese market that sells primarily Asian groceries,” Jiang, 55, said. “It was a lot smaller back then, and we only catered to people I know, which were mainly Chinese.”

CITY  COLLEGE OF NEW YORK–“It didn’t look like this when I lived here,” said one former resident who was priced out of the neighborhood she grew up.

At 8 p.m. on a recent evening, Jane Kim said goodbye to her employees outside of Kim’s Beauty and Hair, in the East Flatbush neighborhood of Brooklyn, and walked down Utica Avenue to her car parked two blocks away. She passed Church Avenue, which has long had high crime rates and now a new apartment complex that looks like it does not belong among the older, red-brick buildings.

At her car, she told me, “Ten years ago, I would have to bring my car in front of the store when there was still light outside because I was afraid of getting mugged. It’s not as bad anymore. I feel a bit safer here now.”

CITY  COLLEGE OF NEW YORK–Residents are concerned with how affordable housing proposal will affect jobs, area rents and small businesses.