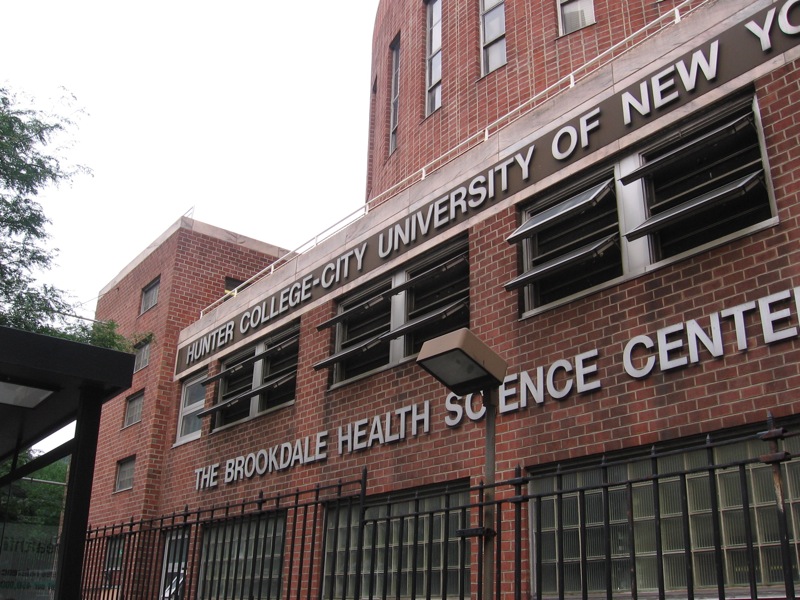 HUNTER COLLEGE–The lack of equipment and inconsistent schedule of the Hunter College Brookdale Campus weight room over the past couple years has frustrated many students and has pushed some to pay for a local gym membership.

The Living@Hunter website for the Brookdale Campus Residence Hall boasts many recreational facilities, including a weight room.  The site says the weight room is open from 8 p.m. to 10 p.m., Sunday through Thursday.  However, these hours have been an issue for many students.

“It’s not accessible to everyone’s schedule… the hours are very limited,” said Yuehao Wong, a freshman resident of Brookdale.  Since the gym is open 10 hours a week, there is only a small window where students can use the facility.

Sometimes, the schedule of open hours is not followed.  Christine Parascandola, 21, an RA for the Brookdale Campus, said that if she goes to the weight room “at 8 p.m., it’s not necessarily open at 8 p.m.” Andriy Kobryn, 22, a Brookdale resident, is the main worker for the Brookdale gymnasium and weight room.  “I’m like my own boss,” said Kobryn, who works four out of the five days that the gym is open.  Although he tries to open the doors at 8 p.m., “sometimes school and life interferes,” he explained.

Scheduling isn’t the only problem with the weight room; many residents complain about the equipment and size of the space.

Occasionally Kobryn will meet residents who ask to check out the room.  “[They] look for a couple minutes and then leave… I guess they’re not impressed because they don’t have equipment they need,” Kobryn said.

Kobryn described the contents of the weight room: a bench press, free weights, and one working treadmill.  It’s “pretty small, [but] has the basics,” he said.

This doesn’t amaze many residents.  “It’s useless,” said Michela Gardner, a sophomore RA at Brookdale.  Although Gardner has never personally visited the weight room, word of mouth usually gives the facility a thumbs-down.

“It could use a lot of work,” said Adam Berri, a freshman resident of Brookdale.  The lack of equipment and limited space turns many residents away from this Hunter-run resource.

Kobryn explained that the majority of students pick Asser Levy as their go-to gym, which is a public recreation center across the street from the Brookdale Campus.  Its low cost and close proximity make it a popular choice among the Brookdale residents.

“The Asser walk isn’t terrible, but think about the winter,” Kobryn commented.  Even though the walk is quick, the extra fee and need to bundle up are additional steps that could be avoided if the weight room’s condition was improved.

Kobryn also stated that there are posters on the walls from the 1980s and noted that the room has not been redone, revealing the age of the weight room.

A staff member at the Brookdale residence hall who wished to remain unnamed stated that “nothing is in the talks of renovating [the weight room],” but their office is not in charge of running that facility.

Repeated calls and emails to the Athletic Department director were not returned.  However, a Hunter Recreation staff member explained that although the athletic department oversees the weight room and facilities, it is up to Hunter College itself to make the decision on any renovations.  He asked not to be named because he is not authorized to speak about official Hunter business.

The staff member also mentioned that there is an athletic department meeting coming up where they could potentially discuss such an issue.

The associate vice president of the college’s marketing and communications department, Debra Wexler, stated that Brookdale does “not currently have the square footage to expand [its] weight room… but our athletic director is planning to visit the facilities to assess whether any equipment upgrades are needed.”

“More hours… and a better gym would fix it,” Kobryn concluded, hopeful that one day the weight room will be renovated so residents can enjoy a cost-free, convenient place to exercise.