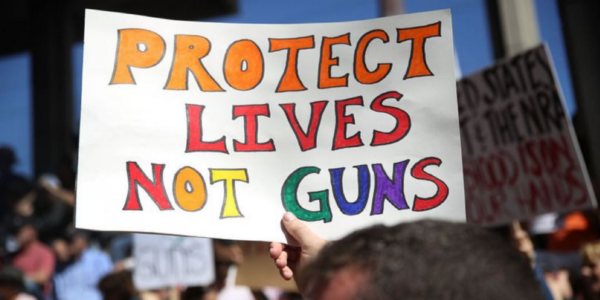 Claire McCue, a professor of social work at Hunter College in New York City, was in a Manhattan coffee shop using her laptop when she saw her hometown high school all over the national news. Marjory Stoneman Douglas High School in Parkland, Florida, had never been in the national spotlight before. Claire, who has family and friends at the school, feared the worst.

Claire borrowed headphones from another customer in the coffee shop and nervously watched a livestream of the Coral Springs Police Department responding to a shooting reported at Douglas High School. She worried about friends and people she knew.

Ya wanna know what’s the problem? That the government only put metal detectors in schools in the HOOD!” You can always count on the Bronx, New York, native and rising rapper Cardi B to let people know what’s on her mind, and the minds of others. With one Instagram post reacting to the Parkland, Florida school shooting, she sparked a conversation about metal detectors.

Death of a High School Star

The Marjory Stoneman Douglas high school shooting showed America the horror and pain of gun violence. But most shootings don’t make national headlines, and those gun deaths are just as painful for the families and friends who lose loved ones.

The family of Kevin Victor still reels from the impact of what happened to him on a December night in 2011. Kevin and his friends were walking home from the Brentwood recreation center when two men approached them on a dead end road. While they tried to rob Kevin and his friends, one of the robbers fired a gun. Kevin’s friends ran and turned to realize Kevin was not with them. When they went back they found Kevin had been shot. He died later that night.