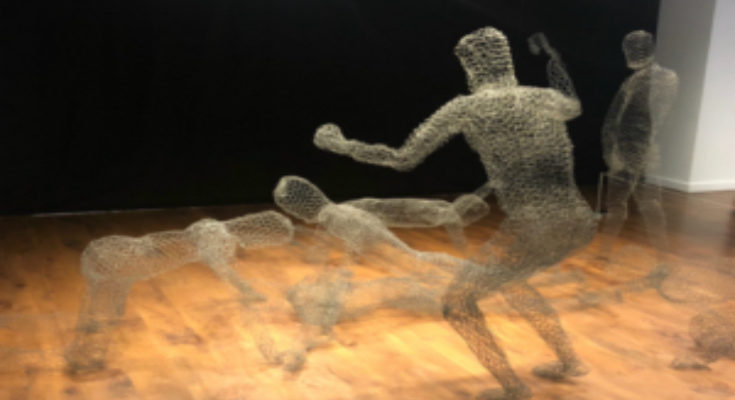 JOHN JAY COLLEGE OF CRIMINAL JUSTICE–“Rape has been with women since the beginning of time,” said artist and feminist, Martha Wilson, after watching Yoko Ono’s film, Rape (or Chase).

Ono’s piece was one of many mediums exploring rape through the female gaze at the Anya and Andrew Shiva Art Gallery reception last month on Wednesday, September 12.  The ground floor of the John Jay College building on 11th Avenue and 59th street houses the gallery’s exhibit, THE UN-HEROIC ACT: Representations of Rape in Contemporary Women’s Art in the U.S.