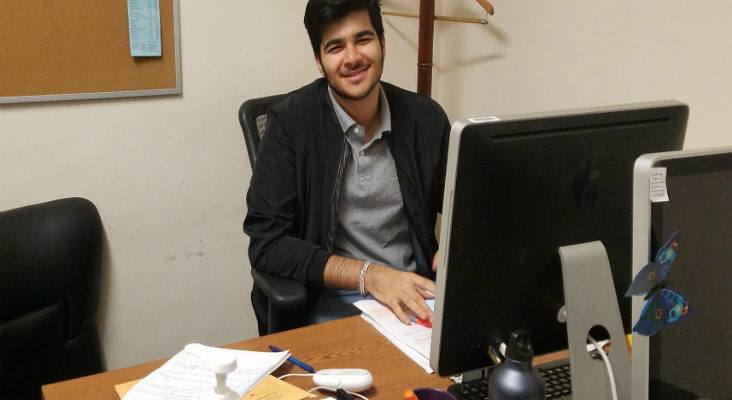 HUNTER COLLEGE–Planes were a near constant sound over Intzar Singh’s childhood home in South Ozone Park, Queens, just a few minutes away from JFK. But over time, he said, he got used to the noise.

As the new president of the Undergraduate Student Government, Singh seems to be doing just that yet again: blocking out the noise. Confident and unflappable, with a sharp haircut and energetic voice, Singh appears to adapt quickly in other areas of his life too. Hunter doesn’t offer a finance major, so he is teaching himself by poring over finance books in his spare time. When his parents would not allow him to go to SUNY Binghamton, Singh shifted his plans and came to Hunter. A math major, he discovered a love of theater in college, and decided to minor in in the subject because it brings out his creative side and exposes him to different people and conversations.