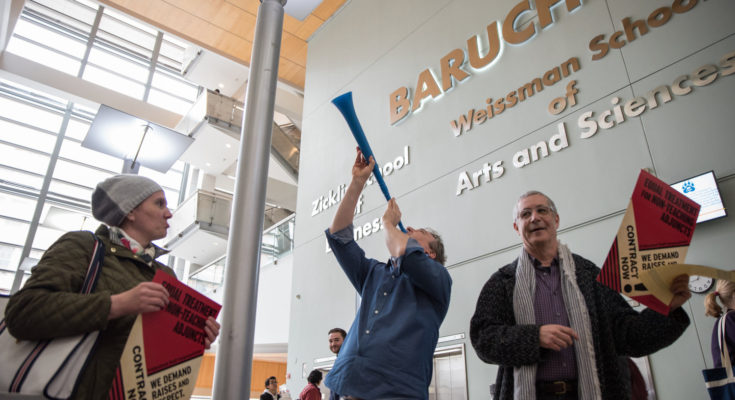 BARUCH COLLEGE–Baruch College faculty and students demonstrated with signs and chants during the height of activity during club hours on April 11, seeking to raise awareness of the status of union contracts, as well as call for an adjunct pay raise. This action was organized by Baruch’s chapter of CUNY Professional Staff Congress as CUNY administrators and the PSC work through contract negotiations for pay for union members, including full-time and adjunct professors, across CUNY.

Currently, PSC is bargaining for an across-the-board salary increase, doubling adjunct pay from its rate of $3,500 per course, as well as other improvements.