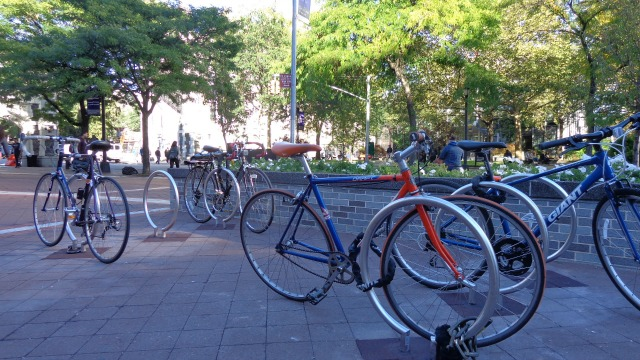 BARUCH COLLEGE–An official selection of the 19th Bicycle Film Festival, “Fight to Live: A Cyclist Story” offers a glimpse into the lives of two bicycle messengers, Dana Haberern and Mike Pach, as they show us the reality of what it is like to be a working cyclist in New York City.

Since 2011, there have been 98 cyclist deaths at the hands of motorists—and the number is rising. Working cyclists, or bike messengers as they are commonly known, are a tight-knit community of dedicated riders who face danger daily to earn a living.