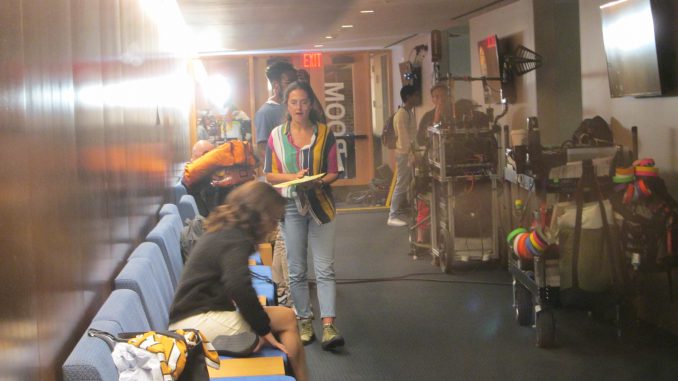 BROOKLYN COLLEGE–BC students this past Friday found themselves in “God’s” presence.

A film crew came to the Brooklyn College campus on Friday, Sept. 20 to shoot a pair of scenes for the television show “God Friended Me.” The first scene was filmed around 11 a.m. in front of the library; a second scene was shot around 2 p.m. in the newly renovated lecture hall in 148 Ingersoll Extension.