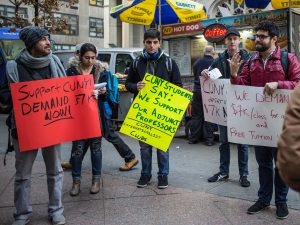 HUNTER COLLEGE–Professors can expect a new contract to be made public in the coming days. On Oct 19, Barbara Bowen, president of PSC-CUNY, announced that the bargaining team has struck a deal for a new contract with the Board of Trustees.

“The bargaining teams of the PSC and CUNY management reached an agreement in principle on a new contract,” wrote Bowen in a recent email to union delegates. “Expect an announcement with more information within the next few days.”