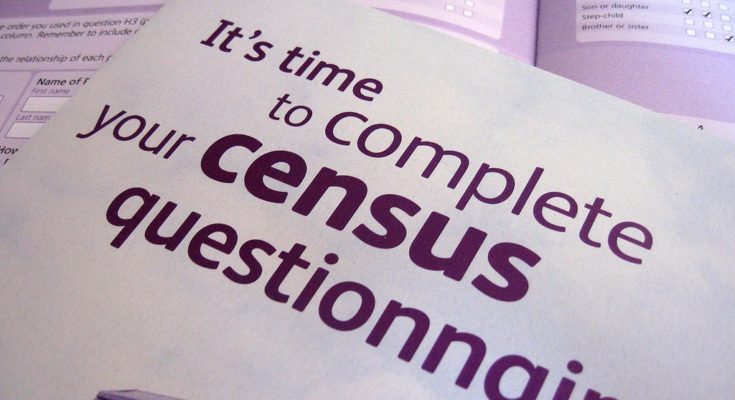 Photo by PaulSh via Creative Commons

CUNY–A partnership between CUNY and the city government aims to increase the participation of hard-to-count communities in the 2020 census. The University announced its plans to oversee a $19 million endowment from the mayor’s office and the city council.

Chancellor Felix Matos-Rodríguez said that the city has been historically undercounted, which leads to less federal funding and representation in Congress.

“The NYC Census 2020 count may be the most important and challenging that our country and city have ever undertaken,” said Chancellor Matos-Rodríguez at a recent press event. “CUNY is proud to be an important part of this partnership and we look forward to working closely with the mayor and his administration, with Speaker Johnson and the city council and with all our government and civic partners to carry out this very consequential endeavor.” Several city leaders cited the Trump administration’s “fear-mongering efforts” towards immigrant communities as the main reason to push for a complete count.

CUNY and the NYC Census 2020 initiative will manage the outreach efforts of community-based organizations, or CBOs, in hard-to-reach areas. At-risk communities include immigrants, low-income populations and children under five, according to the CUNY Mapping Service. Both parties will choose applicants among the CBOs, administer funds and monitor progress. The institution will also develop a census corps of 200 CUNY students to engage people on campus, assist in targeted advocacy projects or support mapping tools. The CUNY Center for Urban Research developed a map of hard-to-count regions using data from the 2010 census, which organizations can use to strategize. The city government’s initiative is the first of its kind, according to NYC Census 2020.

For CUNY, a university system comprised of mostly commuter students, the overall count affects crucial resources. The census impacts student federal funding such as Pell Grants or student wellness services, according to the United States Census Bureau. Without an accurate count, the government can not calculate the full extent of need-based services and make a case for more funding in Congress.

CUNY will mobilize a census corps of 200 students to serve as ambassadors on campus and in hard-to-reach areas. Students can apply online through the CUNY Census Corps website. All applications are due by November 14 at 5 p.m., according to CUNY’s website.

Work will begin in mid-January and last five to seven months. Corps members will work about 12 hours a week, earning $15 an hour. Responsibilities include field activities in targeted communities as well as educating fellow students, faculty, staff and their families, according to the city government.

After the self-response phase, the map will update almost in real time so leaders and government agencies can redeploy team members and resources. Steven Romalewski, the director of the CUNY Mapping Service, said it is important for local organizations and the university to join the effort because residents will place confidence in community figures.

“CUNY students can really be great ambassadors for the census and help explain to people in their neighborhoods why it’s so important to participate,” said Romalewski. “So they can be those trusted messengers. The more people who can get the word out about the census the better, and we definitely need a lot of help.”

In the 2010 census, New York City’s initial self-response rate edged over 60 percent, compared to the national average of 76 percent, according to NYC Census 2020. Responses to the census determine where the government distributes over $675 billion in funding nationwide, according to the United States Census Bureau.

Community-based organizations can receive contract awards of $25,000 to $250,000 from CUNY and NYC Census 2020, according to the city census initiative. Administrators will choose CBOs based on where and with whom they work, prioritizing those that work with areas  at risk, according to a statement released by the mayor’s office.

These funds will support two phases of work. The first phase requires CBOs to produce an outreach plan including community mapping, assessments of capacities and needs and strategies to encourage participation. The second phase involves on-the-ground and digital mobilization of New Yorkers to self-respond to the 2020 census.

The campaign will kickoff in early December, with outreach between January and July of 2020.