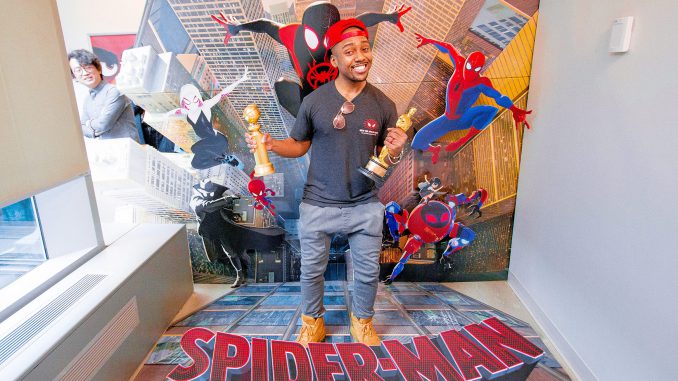 BROOKLYN COLLEGE–Last year, moviegoers and critics alike were thrilled by the high-flying adventures of Brooklyn teen Miles Morales in the animated hit “Spider-Man: Into the Spiderverse.” But for BC alum Tyquane Wright, an animator on the Oscar-winning team that created the film, “Spiderverse” was a return to the borough that nourished his creative spark.

Wright was born in Brooklyn and raised in the nabe of East New York. It was a rough place and time for Wright, but he didn’t mind it.