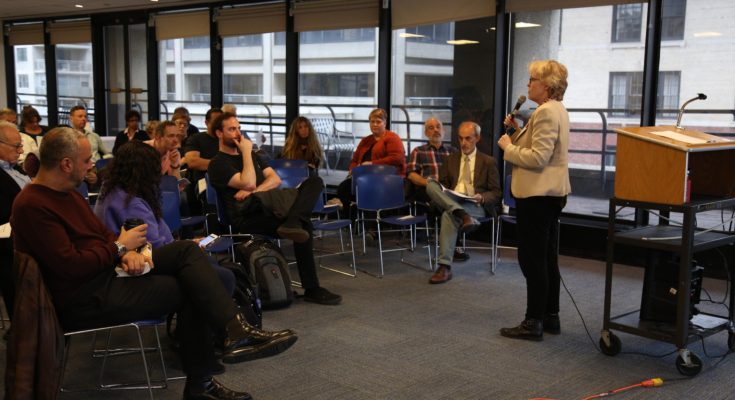 HUNTER COLLEGE–On Oct 30, Barbara Bowen, PSC-CUNY president, made the rounds to several CUNY campuses, including Hunter, to field questions and concerns union members might have about the proposed contract.

Since the contract release on Oct. 23 many members have shown their discontent with the outcome of two years of bargaining. A faction within the PSC, the Committee of Adjuncts and Part-timers, resolved to vote “no” on the proposed contract if it gets ratified by the delegate assembly. “Voting ‘no’ is part of saying that we’re not willing to settle for something that still falls very short of the goal that was established five years ago,” said Sandor John, an adjunct in Hunter’s history department, referring to an effort to increase adjunct pay to $7,000 per course.