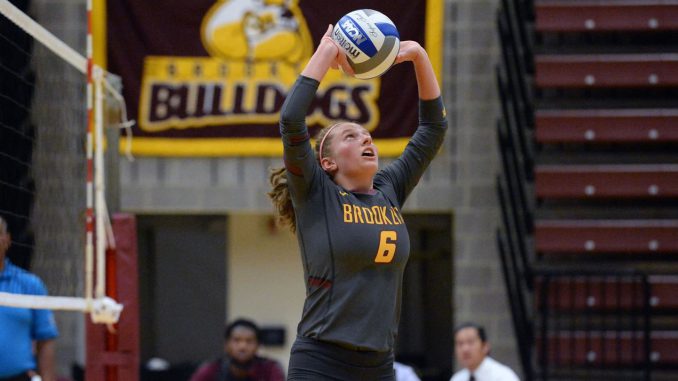 BROOKLYN COLLEGE–The Brooklyn College Women’s Volleyball team’s season came up short of the CUNYAC trophy after falling to no. 1 seed Hunter College in the finals, despite making an incredible comeback against Baruch in the semifinals.   This was Brooklyn’s first appearance in the CUNYAC Championship since 1992, and it capped off a successful season for the Bulldogs.