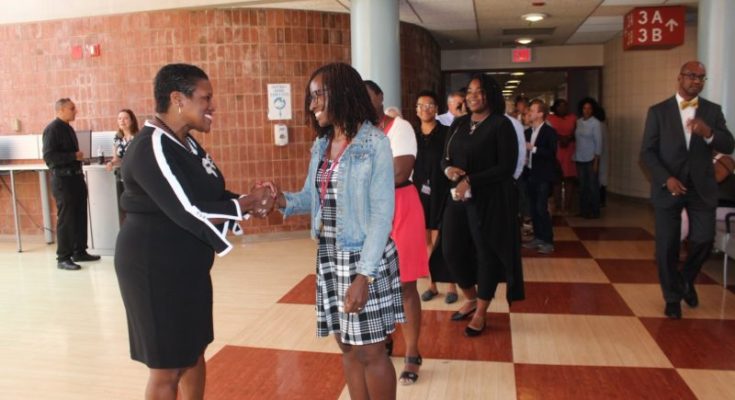 YORK COLLEGE–On her first day as the Interim President of York College, Berenecea Johnson Eanes hit the ground running by attending a meeting with all student leaders and a meet-and-greet with the entire campus community.

Eanes was appointed as the interim president of York by CUNY Chancellor Felix Matos Rodriguez after her predecessor, Marcia V. Keizs announced her resignation in June.