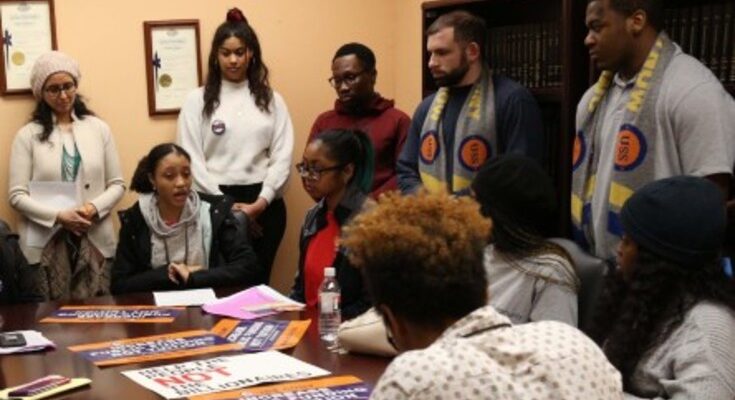 The bill would freeze tuition in CUNY and SUNY skills to the rate of the 2019-2020 academic year.

State Senator John Liu, who is sponsoring the bill, is concerned with the declining state of funding of CUNY and SUNY schools while tuition is being raised yearly. “Students are already being saddled with too large a burden,” said Liu in a phone interview. “The reality is over the last decade, the proportion of operating costs funded by tuition has grown substantially. And state funding for CUNY and SUNY has declined too much.”

Some of those who went to Albany Thursday to lobby for the bill include chairperson of the CUNY senate and student trustee Timothy Hunter, who called tuition a “socio-economic issue.”

“Many students are being priced out from public higher education,” said Hunter, who argued that this problem adversely affected people of color the most. “It’s important that this gets done or it’s going to get worse.”

Concerns about the TAP gap, which is the difference between money paid by the TAP program and the amount owed for tuition, is driving calls for a tuition freeze. The more tuition goes up, the wider the TAP gap grows.

The bill is currently in committee. Liu encouraged students to pressure the state senate into action. “We need students out there in force,” said Liu. “And the students have the full support of the faculty.”