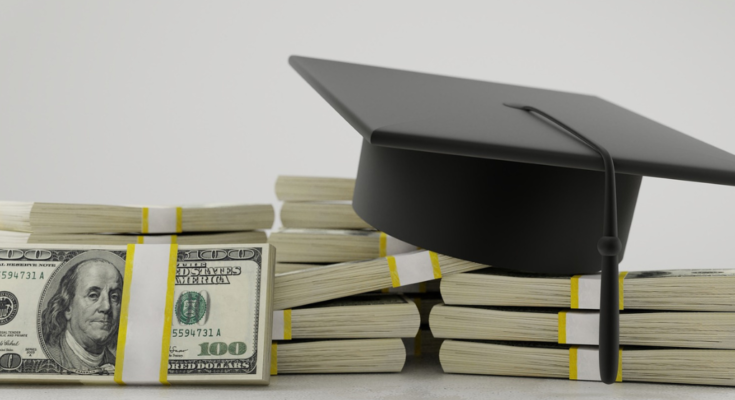 DATELINE: CUNY–Jose Ricardo went to Queens College with the dream of getting his second bachelor’s degree to become a teacher–a dream that President Biden may have made easier in August when he announced his student loan forgiveness plan.

Eleven years after Ricardo took out his first loan, he is still paying them back. “I have quite the experience” with loans, he said. He works full time, while earning his mathematics degree. Now that his biggest debt has been removed he can “save up money towards other things in the future and use the economic freedom to make purchases, such as buying a home.

More than 40 million Americans owe over $1.5 trillion in student loans, including many at CUNY. Half of CUNY’s students come from households with incomes less than $30,000, according to a 2021 report from the city comptroller. But even students who are unaffected by the decision financially, feel the magnitude of Biden’s announcement.

Though Reggie Zambrano, an aviation management major at York College, does not have student loans, he says he empathizes with “those who have faced student loan issues” and could feel their “sense of relief.”

There was also a sense of appreciation among students. Jacob Alcantra, a nursing student at Hunter College, does not have any loans himself, however he said he feels “gratefulness for those who were helped with their student loans paid off.”

For one student, Fahim Hossain, a computer engineering major at City College, loan forgiveness is a necessary outcome of educational institutions’ failure to teach finance. Hossain says colleges should teach more financial education so students do not take out bad loans. Having classmates who are less stressed about their student loans may make them more focused in class and allow for them to do better work in groups, thus, making the overall class environment better, said Hossain.

Even if the overall feeling is positive toward debt relief, some say there is more to do. John Verzosa,  a liberal arts major at Laguardia Community College, doesn’t have any loans right now but said that the $10,000 forgiveness “might not be enough considering some people owe up to $100,000 in student loans.”

The future consequences of the loan forgiveness plan make Yoselin Onofre skeptical. Onofre, an operations management major at Baruch College, worries that “our government will lose money that could have helped pay what we’re already in debt with as a country.” Biden’s program will cost about $500 billion over the next decade, according to the Committee for a Responsible Budget. The national debt is at least $30 trillion, according to U.S. Treasury Department data.