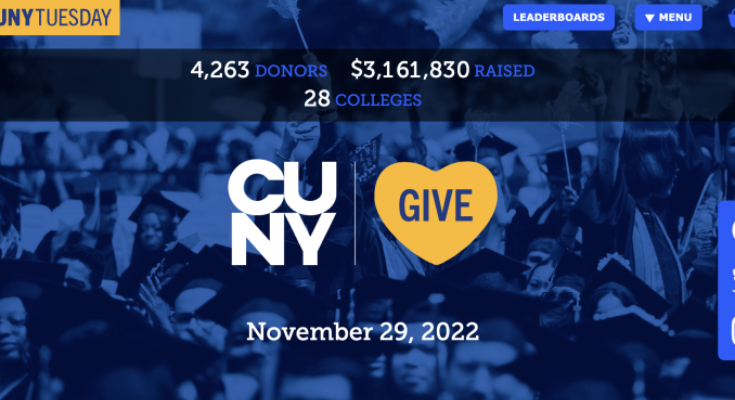 Giving Tuesday is a global movement where fundraisers are held to help those in need during the first Tuesday after Thanksgiving. A significant portion raised by CUNY for 28 colleges came from alumni who benefited from several programs during their time in college, and gave back to help fund those same programs that aided them in their college careers.

“It’s about creating a culture of helping others,” Natalia Guarin-Klein, director of the Magner Career Center, told The Vanguard. “We go to these alumni who were helped by career programs in Brooklyn College and now have a chance to make sure those who come after them have the same opportunities.” The center earned the top fundraising spot for BC this year with $6,740 in donations.