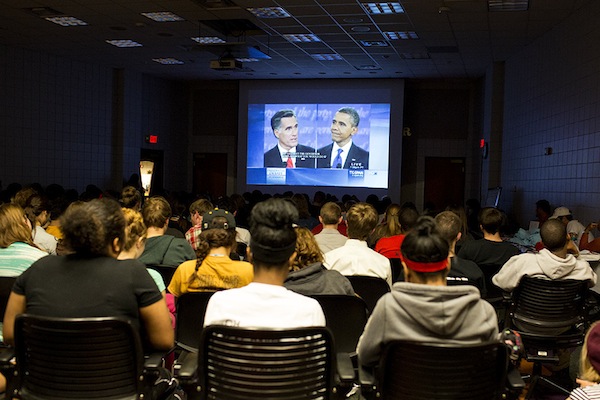 Advice for viewing the last Obama-Romney showdown. By Samantha Wendorf

Television was fairly new in 1960 when presidential candidates John F. Kennedy and Richard Nixon went at it. And the concept of the “great debate” was brand new. Those who watched Kennedy take on Nixon on TV, thought Kennedy had won. But those who listened on the radio, believed Nixon was the winner.

But wasn’t it the same debate? What makes the difference?

These are questions to think about as you watch the third presidential debate between President Barack Obama and Governor Mitt Romney on Monday in Boca Raton, Florida. And these issues were the focus of a panel that took place at Hofstra University just before the last clash between Obama and Romney. On the other side of campus, Hofstra University’s School of Communications hosted the gathering titled, “A Viewer’s Guide to Televised Debate.”

The panel, followed by a live telecast of the debate, featured professors and experts in communications, journalism, and media studies. The panelists addressed the many ways to look at communications and explained what viewers should be paying attention to while watching the debates.

The now-famous Kennedy-Nixon debate thrust broadcast media into a central role in the American political system. Gary Gumpert, emeritus professor of communication at Queens College, says that presidential debates have grown increasingly complex.“There is more than one event,” says Gumpert. “What occurs on the stage is not the event you will see.”

The 24/7 cable TV cycle has had a huge effect. Viewers watch the program from several different sources at the same time or one after the other. Gumpert advises viewers to pay attention to different versions and experiences for comparison. “It is an event in which staging influences television shot options,” explains Gumpert. “Depending on what channel you watch, the shot selection may differ.”

In this media-saturated age, the debates have become a part of our social culture. “They’re pure gold for Saturday Night Live,” says Susan Drucker, professor of journalism, media studies, and public relations at Hofstra University. “We have late night television that is never better than when we’re in a political season, and certainly right after the debates they’re a must-watch.”

And the explosion of the internet and social media have created the “second screen” as viewers split their time between TV, the smart phone, iPad and laptop. Now broadcasters see social media as part of their programming to draw viewers in. For example, before, during, and after the previous debates, Twitter turned into an event in itself. According to Drucker, 10.3 million tweets were sent out during the first TV debate on October 3rd.

“Watch out for the importance of the second screen,” he advises. “Ask yourself if true opinion leaders of the day are found among your family, your friends, your community or are the opinion leaders reaching you via 140 characters on a small screen?”

With so much going on–and so much at stake–what’s the best way to watch? Dr. Mary Kahl, professor and chair of communication at Indiana State University, offers these suggestions:

Look for nonverbal signs of nervousness.
“With all the multiple shots that are available, they don’t know when their reaction is being captured and it makes a world of difference.”

Biden’s not in the house, so watch for degrees of civility.
“Audience members tend to respect what are called “politeness strategies,” so that they don’t get up in the face of their opponents. But, we also don’t like people that appear to be too wimpy.” *Also, watch for humor which can be very dangerous and often backfires.

Don’t focus on who won, who lost.
“It might be more informative instead to ask: Who’s got the more specific answers? From whom did I learn the most? Who seemed to handle themselves with greater leadership potential?” 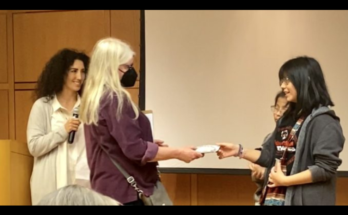