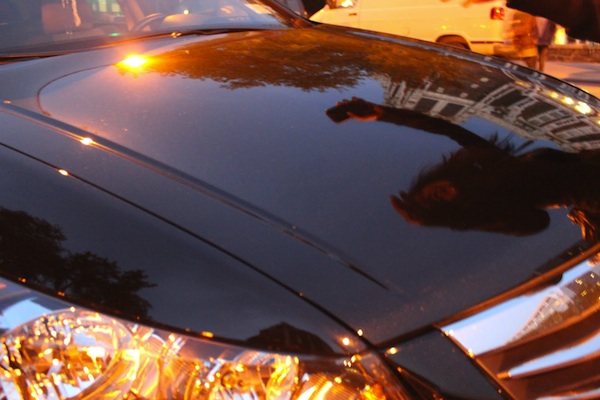 With traffic accidents on the rise, it’s time to pay attention on the streets by Bryant Buernet

At some point, you’ve probably looked down at your smart phone or sent a text while walking. No big deal, right?

Wrong. A recent report shows growing numbers of traffic-related deaths between July 2011 through June 2012. The casualties have risen 23 percent from 236 to 291. And many, more than half, were cyclists or pedestrians.

Students seem like prime victims. Midterms are days away and CCNY students busy, and stressed, rushing to school and between classes. This leads to jaywalking and disregarding the lights. “I’m just as guilty, because when you are in a rush you tend to make irrational decisions while focusing on other things,” says MCA major Elisa Cavaliere.

Psychology major Jehomar Fernandez is less sympathetic. “It is not a dangerous intersection,” says Jehomar Fernadez, 20, about the streets he crosses when walking to campus. “ If you get hit is because you are careless.”

Cyclists are also nervous. The dangers hit close to home for Raymond Guarnieri. The 22-year-old political science major was involved in an accident on campus. “I was riding my bike in front of Shepard Hall, about 11 o’clock at night, and a gypsy cab opened the door of his car when he was parked on the side and I slammed right into it, and flew off my bike,” Guarnieri recalls.

“This guy didn’t look in his rearview mirror before he opened his door, and people sometimes just don’t realize that there are people on bikes on the road. They forget the road just doesn’t belong to cars with headlights, so they don’t pay as close attention.”

Cavaliere admits that she’s afraid of cars. “Sometimes you look down the road and you see that you have time because you think you can cross, but you don’t take into consideration a car that’s turning from the street that’s right down next to you,” she says. But soon, distracted walkers may get some help. The city plans to mark, the word “LOOK!” at more than 100 highly hazardous intersections as a heads up to pedestrians and cyclists. That’s MCA professor Linda Villarosa looking the wrong way in London–despite the sign.