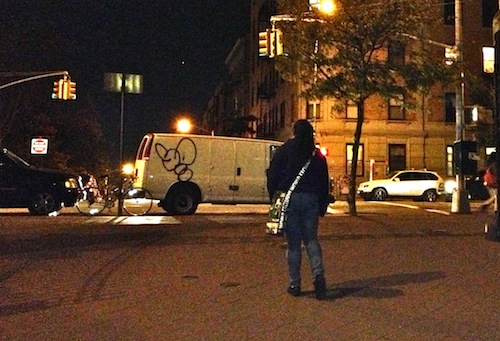 What are police doing to protect female students, especially at night? by Erika Gomez

At the beginning of the school year, two separate but coinciding rapes in public parks put women in Manhattan on edge. The attacks–one in Central park, the other in Hudson River park–made waves as City Council Speaker Christine C. Quinn and others urged women to protect themselves. Female students, especially those taking night classes, are now worried for their own safety on City College grounds.

“It’s scary going up and down that hill at night but I have to do it,” says Dafny Sanchez, 22, holding her belongings close. “The thing that angers me the most is I don’t feel safe because I don’t see CCNY police do anything to protect us,” adds Sanchez, an English major. “All I see them do is sit!”

Widline Cadet, a liberal arts major, voices similar concerns. “I will never take a night class again!” Cadet says. “Not only because of the late hours but I never felt safe. I don’t think I ever saw CCNY police outside. I had to make sure I went with a group of people so I would be okay!”

CCNY officials and police insist that they are taking students’ concerns and frustrations seriously. Anthony Laperuta, the new assistant director and lieutenant of public safety at CCNY, says his department is doing its best.

“We are sending emails more frequently to students to keep them up to date on what’s going on around campus,” says the enthusiastic Laperuta. “We are planning crime prevention workshops, which I specialize in, to give tips and self defense course to students.”

“I am doing all I can so the CCNY student body feels comfortable with us and is reassured that we will protect them, that we are not just a joke,” adds Laperuta.