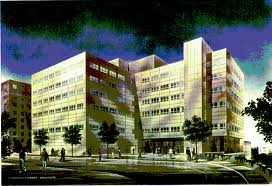 Were you wondering how the scorecard for colleges succeeding in higher education and affordability came about?

VIA the White House, here’s some insight:

“President Obama has emphasized the responsibility shared by the federal government, states, colleges, and universities to promote access and affordability in higher education, by reining in college costs, providing value for American families, and preparing students with a solid education to succeed in their careers.”

Physics students will be in for a real treat Tuesday. Rochester Institute Of Technology Professor Scott Franklin will visit the Levich Institute to deliver a report on experimental and computational work centered around geometrically cohesive granular materials.

So come ready with questions about your own experiments with particles. The event starts at 2 p.m. in Steinman Hall Room #312. For more info, click here.

In This NYTimes post, you learn (if you hadn’t already known), the University of Colorado, Boulder, had a court ruling last winter that forced the university to allow concealed weapons. Imagine that. Surprisingly enough, students and faculty say they see no difference in life on campus.

Students for Concealed Carry is made up of a group of volunteers and believe these types of rulings being passed are definitely a victory.

Of course though, there are many who disagree. This fight will be a long one since depending on the situation there will always be two sides to every story.

A memorial service was held Saturday for Roland Owen Laird Jr. The My Image Studios (MIST) CEO died February 7th after being hospitalized for diabetes. He had served as Chief Executive at MIST Harlem, a culturally-based theater and community space, for only a few months, according to a recent Daily News article. The Brooklyn native was instrumental in organizing MIST Harlem’s first event last September-a book signing by Miami Heat star Dwayne Wade.

“It’s very important to have a place that’s centered in African and Latino culture,” he told the News shortly after the event.

Laird also owned Posro Media in New Jersey, which he described as a production company “dedicated to its mission of portraying positive images of African-Americans.” In 1997, he co-wrote “Still I Rise: A Cartoon History Of African-Americans” with his wife. He is survived by two daughters, parents, a sister and two nieces.

Hamilton Heights Man Killed During Robbery For Crying For Help

One of two men who murdered a man inside his Hamilton Heights apartment last month admitted to doing so because he cried for help. “The guy was shouting for help so I had to beat him,” suspect Keith Stokes said following the assault, according to a criminal complaint. “I hit him so hard in the head that I cut off part of his ear.”

Stokes and his brother Ralph tied-up and brutally beat 48-year old Charles Romo, in an apparent attempt to steal his drugs and money. The brothers became acquainted with Romo through their mutual drug use.

Authorities found Romo’s body kneeling over his bed, hands and feet tied, along with tape wrapping his neck. He was only wearing underwear at the time. The brothers were arraigned in Manhattan Criminal Court Saturday on second-degree murder and robbery charges. Check out DNAinfo for more information on this shocking crime that was extremely close to our campus.

When it comes to aggressively searching men of color in Manhattan, nobody beats East Harlem’s 23rd Precinct. According to new data released by the NYPD, the precinct had over 17,000 stops in 2011. The second closest competitor was West Harlem’s 32nd Precinct, which recorded 12, 859 stops in that year. Suspicion of weapons possession compromised 47.6% of the stops.

As one might expect, African-Americans make up the majority of those stopped and frisked. Even though they only make up a quarter of the neighborhood’s population, they account for almost 61 percent of the precinct’s stops.

“That’s racial profiling,” said Darius Charney, a lawyer with the Center For Constitutional Rights who is suing the city, alleging the stops are racist in nature. Visit DNAinfo for more information on the numbers.