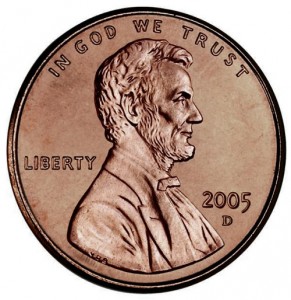 Hope you’re enjoying the day off from classes. Thank you Mr. Lincoln!

A Tribute to Shirley Clarke–The Godmother of Indy Film 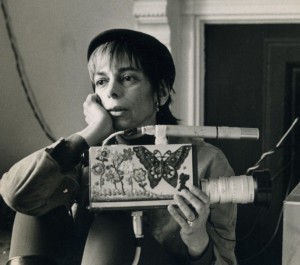 Shirley Clarke, back in the day. (She looks a little like President Lisa, no?)

The New York Times labeled her “one of the great under-told stories of American cinema.” She’s known as one of the founders of the New American Cinema Movement and an Academy Award winner. Now, the same campus where legendary filmmaker Shirley Clarke studied her craft is honoring her legacy.

On Friday February 22, CCNY will screen Clarke’s final two films-1962′s “The Connection” (her first feature-length film) and 1985′s “Ornette: Made In America.” You can see these works at 4 and 7 pm in Shepherd Hall room 95, respectively. In between the films, Hans Richter of the Institute For Film Techniques At The City College Of New York will lead a reception in Shephard Hall 290 at 6 PM. The event is sponsored by the Cinema Studies Program and the Black Studies Program Of CCNY. Clarke died in 1997. To learn more about the filmmaker, her career and legacy, read her Times obituary.

And… a few more events to check out:

​Since you’re not in class, you have time to check out the Arts & Events discussion today at the Studio Museum in Harlem, from 2-4pm. The event brings adults with disabilities together to share their experiences with art. There will also be tours of the Museum’s current exhibits, gallery discussions and an art-making workshop. It’s free, but attendees must RSVP first. You can do so by calling 646-755-3726. Hurry!

Help your grandparents regain that old swagger in their step by taking them to Movement Speaks/Harlem at the Harlem Citizens Care Senior Program. The 10 session workshops for seniors celebrate dancing for wellness, expression and community. Seniors also get the opportunity to create dances from stories of their lives. The event happens every Tuesday at 1pm.

Make sure you leave some room for a few films from the African diaspora on your schedule-specifically “Black And Cuba. “A film about finding our revolutionary selves in black Cuba.” According to the event details, the film was produced by Robin Hayes, a filmmaker who was the first person at Yale University to earn a combined doctorate in African-American Studies and Political Science. On February 20th from 5-8pm in NAC room 1/202. Call 212-505-5352 for more information. Click here to watch the movie’s trailer.