Some of you may have received an e-mail asking to be a CCNY representative and taking the Collegiate Learning Assessment (CLA).

Those who were chosen were offered a $50 Amazon gift card in exchange for representing CCNY. The biggest question on most receipients mind was “Is this a scam?”

The City University of New York (CUNY) has selected 100 incoming freshman, and 100 graduating seniors from its affiliated universities city wide. Those selected are asked to participate in the CLA, a national program that evaluates the effectiveness of colleges curriculm by evaluating students ability to think critically.

Third Day of Protests for KiKi

Brooklyn and the entire New York City youth mourned the death of 16 year old Kimani “Kiki” Gray who was shot and killed over the weekend by two unidentified police officers. The NYPD claims that Gray had a gun on him, which he aimed at the police men and caused them to fire back seven times, striking and killing the teen.

The story has touched the hearts of residents through out all of NYC who claim this is an act of social injustice. Last night, for the third night in a row, hundreds joined Gray’s family on the scene of the crime and protested. There were several arrests, and summons given for disorderly conduct, the victims sister was one of them. More on KiKis Story

A Miracle in Harlem 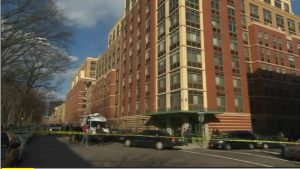 Yesterday a 45 year old Harlem woman jumped out of her 8th floor apartment window with her one year old child in arms. The mother died upon impact, but the baby miraculously survived. Witness, Steven Dominguez, claims the baby bounced off the mothers chest and began to cry, but no serious damage was done.

Neighbors say they heard the woman arguing with her spouse a few hours before the incident, and were under the assumption they were a “happy couple.” The victim’s husband was no where to be found on Wednesday evening, and police believe he left the apartment before his wife jumped. More