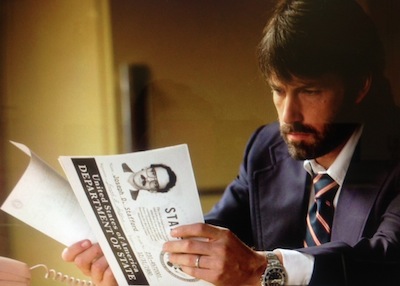 How much should historical movies stick to the truth? A debate  By Christina Gonzalez

Django Unchained, Argo, Zero Dark Thirty and Lincoln were among the big winners at the Oscars a few weeks ago. In the run up to the awards, and even now, critics pointed to inaccuracies in these films. Django is not based on a real slave in 1858 who tried to free his German wife. The scene in Argo, where six American embassy workers were being chased down an airport runway by Iranian Guards, did not really happen. Connecticut congressmen did not vote against the 13th amendment in 1865, which happens in Lincoln, and no one can confirm if the torture scenes in Zero Dark Thirty actually happened or if those particular techniques were even used.

So should movies based on true stories actually be true? Or is it okay for writers and directors to use artistic license? Some think sorting out fact from fiction can get complicated.  “Whether we like it or not, filmmakers will never let the facts get in the way of good entertainment,” says Adrienne Petty, assistant professor of history at CCNY. “Would I prefer that the films reflect the interpretation that I find most persuasive and the facts I hold to be most important? Of course. But historians don’t even agree on how to interpret the past.”

Student Kathleen O’Donnell thinks a little bit of fiction is okay in a fact-based story. “When I see a movie that is based on history or based on government it is something that should add to the experience of understanding history but not inform my understanding of it fully,” she says. “On the other hand I do understand that some people view it that way.”

Others disagree. “If audiences or society are looking at movies that come out of Hollywood as a source of historical accuracy or reference then they are surely misguided,” says Herman Lew, director of CCNY’s film and video program. “However, there is a responsibility on any filmmaker not to lie to people and to present as close as possible their vision of what the truth is,” he adds.

So where should the line be drawn between acceptable invention and irresponsible fabrication? “There is no line to be drawn,” concludes Lew. “The entertainment industry is not there to represent reality.”

Adds O’Donnell: “More of the ownership is on the public, the consumers of mass media, being a consumer is not about being passive; it’s about being active.”