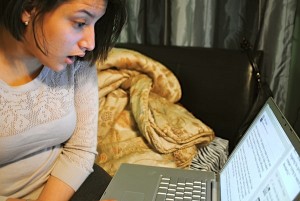 Well, only if you’re constantly viewing CCNY’s most viral Facebook page, CCNY Secrets. This popular site, run by an anonymous owner, is home to over 800 secrets anonymously submitted by students. From finding eight-legged critters in the cafeteria food, to students claiming that professors have offered sex for good grades, this page continues to be flooded with often questionable, reputation tarnishing “secrets.”

What do students think?

Sara Seweid, a second-year psychology and international studies major, finds the page interesting in both a positive and negative light. “I think the idea of the page is great because students can come together and vent about certain things regarding CCNY,” says Seweid. “But at the same time, some of the secrets are way too TMI, gross, and irrelevant.”

Many students find scrolling through these outrageous “secrets” quite entertaining. Although some appear legit, an overwhelming number of posts make CCNY seem like an unsanitary funhouse rather than a college.  Students have differing views about whether these “secrets” are factual or sensationalized to draw attention. Deepak Tiwari believes the page “seems to be more of a fantasy page than a “secrets” page.”

“Some of it just sounds too hard to believe,” he explains. “I’m not saying this page is full of false secrets, some of them I do believe. It’s just that a lot of them are unrealistic.”

Dalia Nazzal, a candidate for vice president of evening affairs on the Students Run City  platform, agrees that the posts seem sensationalized. “I think half if not more of the stories are made up,” she says. “In my opinion it doesn’t represent the school; rather it represents teens that have a problem managing their hormones. I have to admit sometimes there are funny secrets; however, for the most part, it’s just plain stupid.”

Does CCNY Secrets do more harm than good? Even some of the anonymous submissions think so. Secret #661 states: “I can’t believe this is a college. All people post about is sex and love drama. What happened to the great learning institution?”