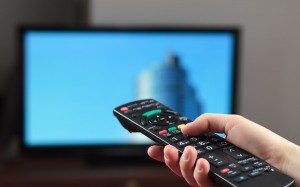 As society progresses, so does its technology. Either being from cars, games, social networking, or other electronics, technology plays an influential role in the daily lives of people. However, as technology enhances, is it really for the better? Studies have shown as technology progresses, people are becoming lazier. Notes the Department of Labor, the average American spends 2.7 hours in front of a television, leading to an increased rate in obesity amongst children. Technology is supposed to make life easier, but is it also harming society while doing so?

“I think the cons of technology would be that it increases tendencies of dependence,” says Oren Previl, a freshman at City College majoring in engineering. “Living with all these technological aids for a while can make people take them for granted. If they are stripped away, some people may not be able to function as well without them. For example, research is made increasingly easy with the availability of the World Wide Web. However, most people would be reluctant to lift up a book in the absence of the internet.”

A good example on how society may become is from the movie WALL-E. Made in 2008, it illustrates on how technology has affected the daily lives of people, where physical labor to do anything has gone away. Everyone is obese and is even incapable of walking without struggling. If a childrens movie is capable of exemplifying the effects of technology, why can’t society also be aware?

“The more advanced our technology becomes, the lazier we all get,” says Christopher Laing, who majors in Psychology at City College. “Everywhere you go there’s an elevator or some escalators, the stairs rarely get used anymore. Doors are automated so you don’t even have to touch one so it can open for you. Things will only get worse as the years progress, because our technologies will just keep getting better.” The progression of technology is taken for granted. Because it is an everyday use, people lose the real value of why technology is around. It is to simply make task easier without losing the ability to function without it.

Stated from vermontforward.com,“If people rely on computers for calculating and counting, then they went out and we didn’t know how to figure this out without them. Where would we be? Technology is constantly advancing, and the news and other media advertisers such as magazines and television commercials advertise for technology every day. Use technology as it is intended, which is to make life easier and to have fun, but not to be lazy.”