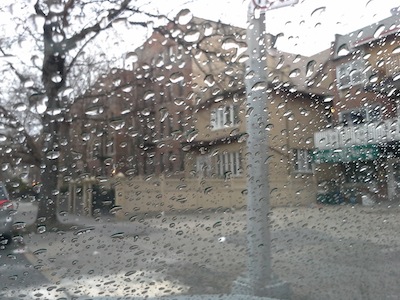 Francheska De La Cruz, a public relations major at CCNY, couldn’t plan for her spring vacation because of the unpredictable weather. “This spring break, my main focus was on relaxing since the semester has been so hectic,” she says. “I wanted to head up to the mountains, rent a cabin, and just get away but I guess that’s where the weather has betrayed me. I couldn’t do so since I didn’t know how cold or warm it would be.”

De La Cruz wasn’t the only one who had to postpone or alter her plans. Many others had to change their traditional spring plans in the wake of a more winter-ish spring break. Notes a recent New York Times article, “this time last year, northern Europe and the eastern United States were basking in a mini-heat wave that brought the warmest March on record in some areas.”

Accuweather is predicting the chance of another snowstorm this weekend and reports that spring temperatures are only expected to hit the region during the second week of April.

Senior Elizabeth Stepanoff checked the weather before heading home to Connecticut. “Although the cold weather didn’t change any of my spring break plans,” she says, it affected the amount of time I spent outside and what coat to pack. I think last year I just needed a light jacket while this year I needed a winter coat.”

Students who did not have any special vacation plans for the break were also affected by the frequent rains and snow. Says Lily Wong, another student who had decided to stay home and relax: “I did have to change some of my events planned for Monday because it ended up snowing and raining.”

Wong had also wanted to spend time walking her dogs regularly during the break, “but that ended up not happening,” she says.